Despite its alternative name “bird of the heavens”, the lightning bird is about as welcome as a billion volts through the brain.

In Mpondo, Xhosa, Bhaca, Nguni, Ndebele and Zulu folklore alone, Impundulu is either an evil omen or the very thing your grandparents warned you about. So don’t be fooled by its occasional good looks or snappy dress sense.

Only women can see its true form in a lightning bolt, and it can create more than one kind of spark. For the Mpondo, if it manifests as a beautiful young man and sweeps you into bed, congratulations – you’re an evil witch and nobody likes you.

In Xhosa mythology, if your mother or grandmother hands you the bird as a quirky heirloom, beware: only you can control it, and if you don’t fancy a cursed pet, it will become a terrifying ownerless monster known as Ishologu. Things aren’t much better if you don’t own the most feared creature in Xhosa folklore: if seeing it doesn’t make you sick with worry, you’ll soon be enjoying the delights of tuberculosis, or at least its symptoms, as it presses down on your chest, sucks your blood, or kicks you repeatedly in the chest or back.

A little bird doing this sounds ridiculous of course, but the Bhaca version does it as a man in a grey suit. When not in a lethal fashion parade, it uses lightning strikes to lay its eggs in the ground, which if not destroyed will bring bad luck to the area and hatch the following summer. Eggs aren’t the only byproduct either, as it also plops out electricity, bringing a whole new meaning to the phrase “flash in the pan”. But don’t worry, because there’s a way to protect against it, even without a friendly neighbourhood witch doctor.

For the Nguni, the lightning bird can cause horrible things to happen to you by proxy, either under the control of the aforementioned witch, or a repulsive little humanoid called thikoloshe. If he doesn’t take pity on you and call off the bird, you can catch it at the foot of a lightning strike and smear its fat over wooden lightning rods for future protection. To attract it in the first place, you use another kind of of fat – amasi, or sour milk. This is somewhat appropriate, because in this interpretation the lightning bird is literally fat, with a red bill, legs, and tail. 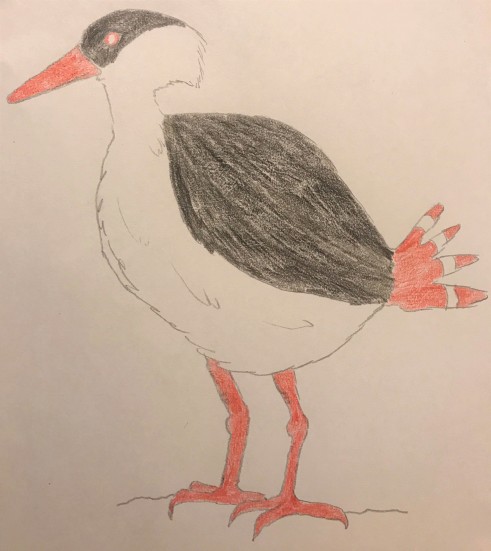 I won’t lie – I did draw this in a flash. But I can’t compete with the regal-looking rooster at the top of this page!

For the Ndebele, it’s either black and red or white and red, while a third-hand Zulu account gave it a green or sky-coloured tail. This far more flattering association makes sense because in Zulu mythology, the lightning bird descends from the clouds whenever the Lord of the Sky demands a human. Therefore deterring it, or even mourning someone killed by lightning, is seen as pretty damn rude. It also saves you from covering your hands in gunk.

Although they don’t exactly match these descriptions, the speckled mousebird, owl or the bateleur eagle are thought to be the lightning bird’s real-world counterpart, while the prime suspect is the hammerkop with its storm-swell head crest. I would say they look far too cute to be evil omens, but we’ve been burned before, haven’t we? 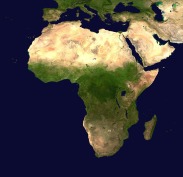 What? Unlucky or evil bird that might attack you directly or by proxy

Where? Southern Africa, either in the clouds, the foot of a lightning strike, or hanging around an evil witch or small humanoid

How big? Varies, could be as big as a human, or extremely fat

Probable motto: I can take your breath away in a flash. In practically every way.

Just to prove I’m not fibbing (about the mythology anyway!)

Hirst, Manton. 2005. “Dreams and Medicines: The Perspective of Xhosa Diviners and Novices in the Eastern Cape, South Africa“. Indo-Pacific Journal of Phenomenology 5(2):1-22.

Petrus, T.S. and Bogopa, D.L. 2007. “Natural and Supernatural: Intersections Between the Spiritual and Natural Worlds in African Witchcraft and Healing with Reference to Southern Africa“. Indo-Pacific Journal of Phenomenology 7(1):1-10.