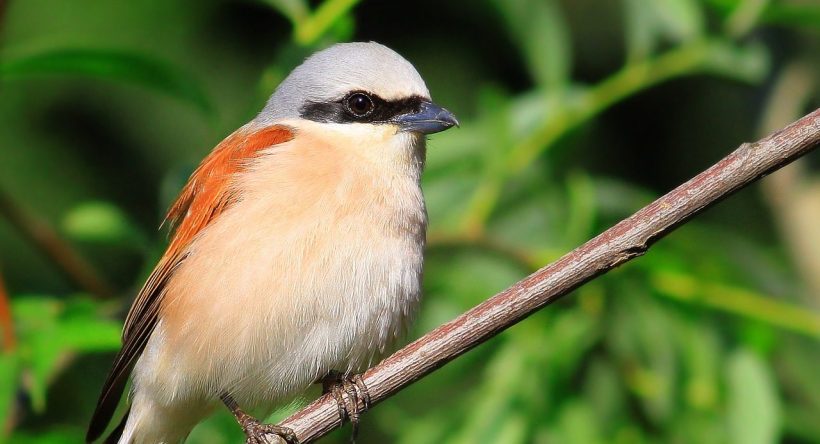 Don’t let its innocence fool you.

There’s a reason this little flitter has a dark eye mask and the nickname “butcher bird”. If you remember the Animals of Farthing Wood series from the 90s (and if you’re old enough and don’t, well done for forgetting that trauma), you’ll know this is as far from a cute little songbird as you can get.

There are about 30 species of shrike and all share the same MO: while they can handle insects, they’re usually too little to tear up lizards, small mammals and other songbirds, so they stab or break their necks with their hooked bills before impaling them on the nearest thorn or barbed wire. They can then store or dice up the meat at their leisure, and have even been known to remove poisonous toad skin for a rare amphibian snack. Naturally, the Australian spinoff, the songshrike, would also attack you.

“True” shrikes of the family Laniidae sneakily mimic other birds to attract their prey, but the largest European one, the great grey, is notorious enough to be mobbed on sight by other species. Corvids, like crows, also don’t buy into their charms and regularly place them on the menu. But they’re not all bad news.

The blood of their prey can really spruce up a hedgerow, for instance.

Although they sound like the songbird Leatherface, shrike can help control farmyard pests and other small vermin, which is unfortunate given that intensive farming, with its pesticides and ploughing, is one of the reasons for their decline in the UK and Canada.

What’s more, shrike make good parents. They protect their turf from other breeding pairs with their namesake cries or a flutter display, and even up to three weeks after leaving home, the fledglings would be welcome to a free meal and a warm bed. The only downside to family life is Mum or Dad’s potentially roving eye. While generally monogamous, shrike may have the occasional indiscretion, and once the young have flown the nest, Mum will sometimes shack up with another nearby male, which could explain the lack of serious aggression towards the neighbours.

Then again, they probably need the energy for migration. Some shrike will fly thousands of miles south in winter and back again, with the loggerhead shrike popping down to Mexico from Canada, and the red-backed shrike escaping chilly northern Europe for sub-Saharan Africa. Being so widespread gives them a host of local names too, such as the “choking angel” in Germany and, due to its wobbly drunken flight, “White Whisky John” in Scotland. Either that, or it’s what people immediately call for when they see its larder. 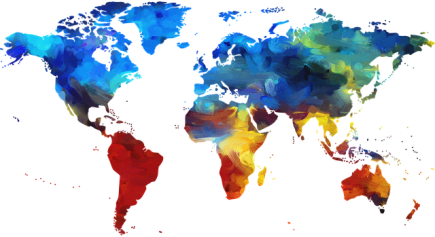 What? Innocent-looking, meat-eating songbird that hooks its prey on thorns

Where? Depending on the time of year you could catch a glimpse of the butcher bird from any continent except Antarctica (and if you count Central America as South America. I am in this case, because there’s little difference between a shrike’s culinary skills and how I photoshop a map).

Endangered? Most species are listed as Least Concern, although some are endangered locally like the red-backed shrike in the UK and the loggerhead shrike in Canada.

Probable motto:  Don’t hate me just because I store my food properly.

They sound interesting. Do they need my help at all?

For endangered shrike in the UK, check out the RSPB (Royal Society for the Protection of Birds) and their Red Alert campaign.

If you’re Canada-based, you can help with the Shrike Recovery Project here.

Lester, Simon. 2018. “Beware the great grey shrike: the pretty songbird with the temperament of Vlad the Impaler“. Country Life.

Moss, Steven. 2017. “Back from the near-dead- the charismatic butcher bird“. The Guardian.