The Masai giraffe is an understated badass. Almost everything it does is some sort of battle, but you’d never know from its delicate and gangly exterior.

Thanks to its 1.5 m (4.9ft) neck and the small matter of needing blood, it’s embroiled in a fight with gravity merely by standing still. Special valves and veins stop it from passing out or suffering brain damage whether its head’s held up or bent low to drink, or stuck out horizontally like a crane when grumpy.

That’s not all: while necking – the opposite of romantic for a giraffe – a bull’s skull can withstand a blow that could knock down a love rival, even one as heavy as 1500kg (1.6 tons). Then again a newborn is dropped about 2 metres (6.5 feet) at birth, so life already greets it with a smack in the face. Even its food has it in for it. 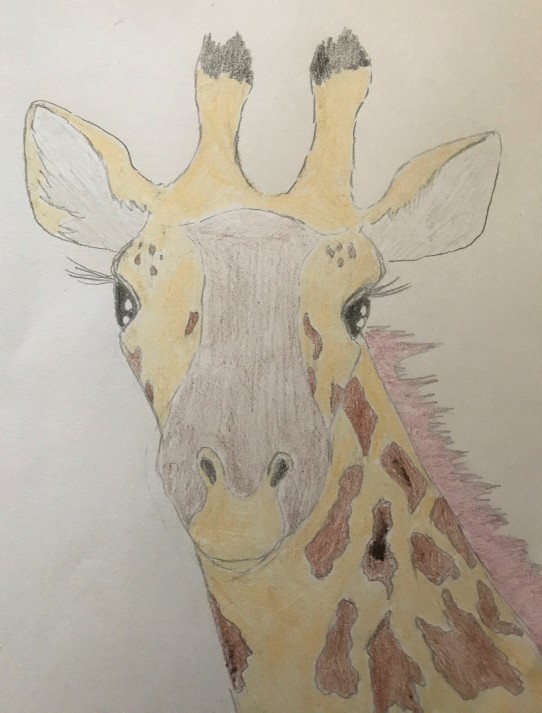 Well, it’s a vicious-looking predator after all.

The main meal of the Masai and indeed other giraffe subspecies is the acacia tree, which can defend itself with 10cm (4 inch) “devil’s thorns”, nasty-tasting tannins or even its own insect army. Regardless, the giraffe uses its 45 cm (17.7 inch) tongue to effortlessly strip buds and leaves. And on the off chance a spike does find its mark, it has antiseptic saliva to heal any dinner-time wounds.

Unfortunately, some people completely overstate its healing powers, as it’s believed its brain and bone marrow can cure HIV and AIDS. That’s just one reason it’s at risk of poaching, but not the biggest misconception.

Most people on safari in Tanzania and Kenya will see a Masai giraffe, but that’s because it’s mostly confined to the parks due to illegal hunting, habitat loss and disease. Its numbers have dropped 50% in the last 30 years alone, and we’re only now starting to pay attention. Luckily, as well as being reasonably chilled out and visible, the Masai giraffe doesn’t need to be tagged to be studied.

Its fuzzy jigsaw pattern, like a cracked, sun-baked river bed or frosty barbed wire, is as individual as a human fingerprint. Although it looks quite similar to Rothschild’s giraffe (Giraffa camelopardalis rothschildi), it has markings all the way down its legs, and genetic testing might even show the 9 giraffe races to be different species entirely rather than subspecies. The Masai is the largest of these subspecies, and as national animal of Tanzania, it’s thankfully protected.

Another way it can protect itself is by running. The giraffe is more of a long-distance athlete, although it can reach 60km (37mph) in short bursts. Lions will of course try their luck, but marathons and a well-placed kick can usually see them off. As for drinking and sleeping, most moisture comes from its food, so vulnerable neck-bending is only needed every couple of days, and snoozing mere minutes at a time. So the Masai giraffe even fights nature over drinking and sleeping. Maybe we should give it a break and do some fighting for it.

What? The largest sub-species of giraffe

Where? Southern Kenya and Tanzania

Endangered? Not listed as a concern by the IUCN Red List of Threatened Species, but its numbers have declined by 50% in the last 30 years due to habitat fragmentation and poaching.

They sound awesome! Do they need my help at all?

Yes, although they don’t look like they do as they tend to stand out! Poaching for bushmeat, traditional medicines, jewellery, and disease and habitat fragmentation are some of the reasons the Masai giraffe could do with some love.

One thought on “Masai Giraffe”