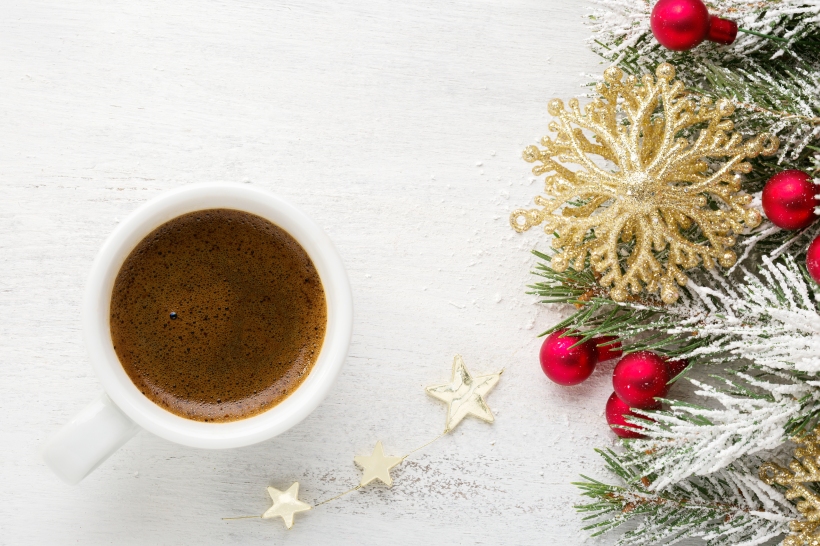 The important info in one shot, arbitrarily ranked with arbitrary art. Enjoy!

Not only does this tree-dwelling critter have an extensive wardrobe and palate, it has its own island in Tsushima, Japan. Well, its coat and diet depend on sunlight levels and available prey, but you get the idea.

It’s no longer a sub-species, but it kept its kingly name. And why wouldn’t it, with its majestic blotches and stripes instead of spots, all thanks to the gene Taqpep. But you don’t need a fancy wardrobe to impress. 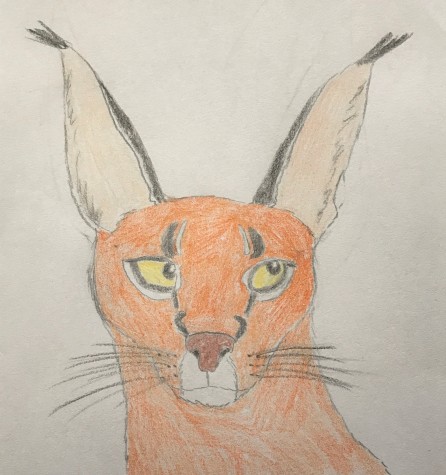 This is the poster child for Egyptian cat worship. Immortalised in statues, a 4,000 year-old tomb mural and the entourage of the gods, the caracal was also a hunting cat during the Mughal Empire. Nowadays it’s mostly shot at by farmers in southern Africa, but then not everyone liked Mufasa either.

Luckily, bullets aren’t a problem for these creatures.

This Slovenian mountain legend is last because he’s made up, but he’s an immortal white chamois with golden horns whose blood turns into flower power-ups (or “flower-ups”, if you will). Trying to steal his horns is a bit over the top, in more ways than one.

This unassuming “tripod fish” sits happily in low oxygen, low temperatures, and pressures of 600 atmospheres. And if the dating pool 5.4 km (3 miles) underwater is a bit barren, it can switch sex or reproduce itself. There are other ways to extend your legacy, though. 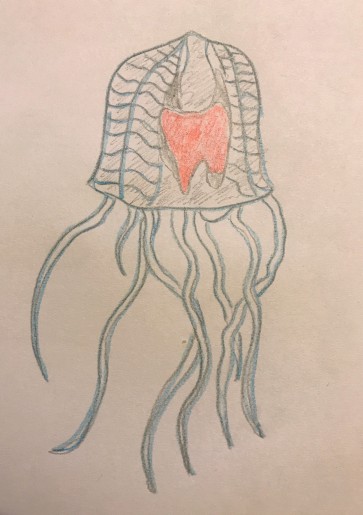 The clue’s in the name, but this fingernail-sized jellyfish can technically live forever by reverting back to an earlier life stage over and over again. At the same time, it can hurl out copies of itself as polyps, which can survive attached to a ship’s hull or other harsh environments. Although loved by its own karaoke mascot, it misses out on the whole family thing. Which can be a mixed blessing for some:

Living in swamps and booming are the only things the stories agree on, but in some versions, this Australian monster is a fierce mother who turns fishermen into black swans for stealing her cub, or a rampaging beast terrified of his bambul-tree of a mother-in-law. That’s not the only unusual dynamic.

Most new world monkeys live in a family unit of Mum, Dad and offspring. One group of equatorial sakis, however, invited another male in for protection, who later romanced a daughter, dragged the Dad off to find a new girlfriend, and came back with him to check on Mum’s new partner before they all split up. For some animals, however, the offspring take centre stage.

Although they mate for life, Ural owls pretty much ignore each other outside of breeding season. When the chicks do arrive, Mum can be suicidally protective, dive-bombing any intruders, including humans, even to the point of her death!

Moving on to something more cheery:

(Just to be clear – I’m not advocating this in any way!)

Squirrels are cute, and this one can deliver messages too. Norse beings Nithhogg the dragon, who lives under world tree Yggdrasil, and the eagle who lives at the very top, might disagree on how accurate/misheard/trash-talky they are though.

Having a dragon in your pocket would be cool, plus it’s shades of green, grey, white and orange, and the males have a banded tail, so it’s flashy to boot. It’s also quick to hide if you took it somewhere you shouldn’t have. But if you want something a bit snappier in dress and sass, look no further: 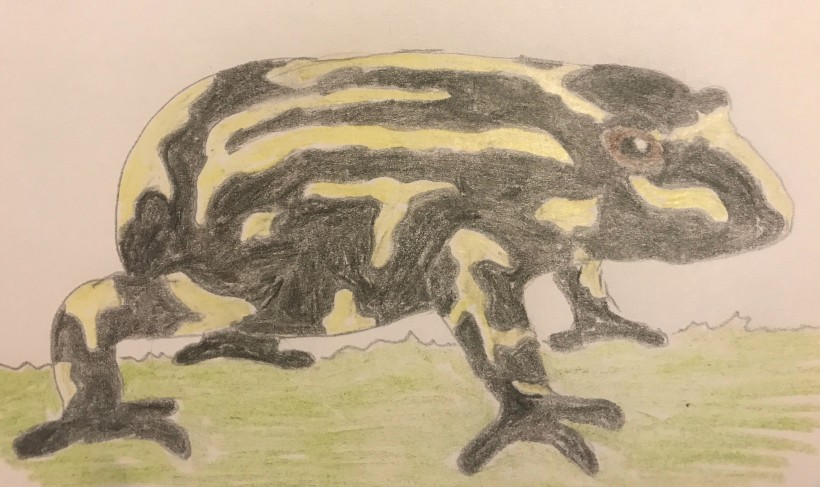 As well as being black and neon green, this endangered palm-nestling frog makes a loud squelching noise, useful for convincing people they’ve trodden in something. And if anyone stole it, it can make its own poison as well as from its food, so it has a built-in anti-theft device!

If that sounds terrible to you, that’s just a warm up.

It lives in pitch darkness with retractable nightmare jaws 10% of its body length, but I’ve put the goblin shark last because I’ve kind of fallen in love with its weirdness. It hides said jaws with a silly Pinocchio nose, lives in a hostile environment, and is the last of an ancient shark family, so it’s earned more respect than horror from me.

This cute crested bird is nothing but a war profiteer! Well not really, but it does hunt the creatures fleeing an army ant apocalypse. It’s also extremely territorial, so not as innocent as it looks. At least it has that going for it.

Depending on its African culture, it can be a weird hammerkop bird, an enormously fat bird, a cursed heirloom or a man in a grey suit. Regardless, it will either kick you, suck your blood, sacrifice you to a god or spell your doom at the whim of a witch or horrible little humanoid. But again, it loses points for not being real. Nature can be so much worse: 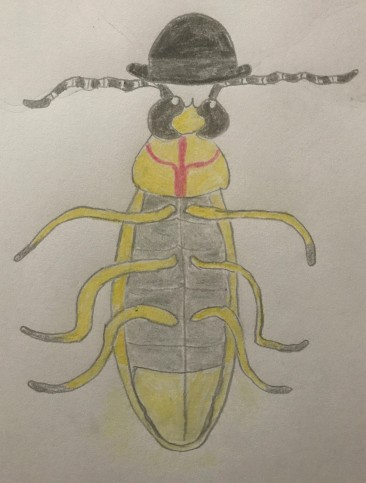 Like the antbird above, these bugs fall foul of the beauty to horror ratio. The adults flash, glimmer and ripple with all the glory of Christmas lights, but some will mimic others to catch and eat them, even their own partners, and even during mating. And that’s not even the worst part  – most of a firefly’s life is spent as a murderously hungry and venomous larva on the forest floor. Still, at least the adults lead the way for eco-friendly lighting.

It’s not just fireflies who have trouble telling each other apart.

This is more for future reference, but we think two populations of sargo either side of Baja California are diverging, and may one day be separate species! The name “sargo” is also used for the whitebream, which has been accused of nipping swimmers in the Mediterranean. (Not a euphemism.)

There are many illegally imported boas in Puerto Rico causing havoc in the eco-system, but the actual Puerto Rican boa doesn’t and helpfully swallows pests. It also catches bats by hanging upside down, so perhaps it has its own identity crisis? It’s not great when others mix you up either.

The sei whale is one of the fastest in the ocean, and it needed to be in the 50s and 60s when it became a stand-in for whaling blue or fin whales! It sounds similar to the latter as well, but it feeds on its side and doesn’t use echo-location. If even living species are sometimes mixed up, this one is a no-hoper: 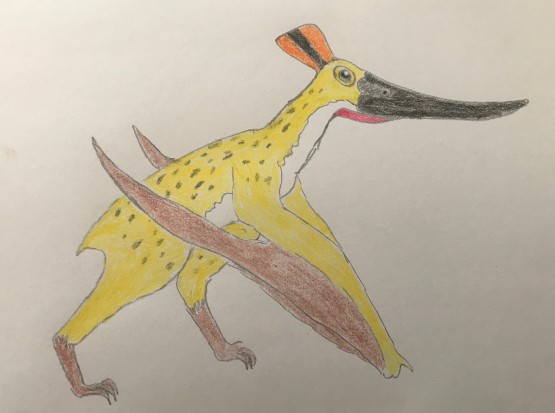 This prehistoric reptile is so similar to Pteranodon we don’t even know if it existed or not. Appropriate for an animal with “dragon” in its name, but unlike others found so far, it had tear ducts, so I’m sure it would cry if it was demoted from “dawn dragon” to “winged and toothless”.

You might have to hold back your own tears for this next lot.

It’s not so much that they’re extinct, but how a herd of these prehistoric rhinos met their end. A group in Nebraska choked to death on ash over several weeks, and were even preserved with nursing calves or eating their last meal. It certainly taught us a lot, and made us cast a worried glance over at Old Faithful.

As if we needed another reason to hate mosquitoes, these buzzing nightmares have and continue to spread horrifying diseases amongst Hawai’i’s bird populations. The only refuge the Hawai’i creeper has now is on the side of the island’s biggest volcano, and it was so understudied we only recently found out its real local name, alawī. At least we recognised it in time:

This is yet another pretty hoofed animal we wiped out without realising, due to both soldiers and royal guards shooting them for meat. Even more tragically, we scarcely have any photos of it, most of our knowledge comes from skins and skulls, and it lived in Yemen, which is currently experiencing the worst humanitarian crisis in history. Unsurprisingly, human conflict has a knock-on effect: 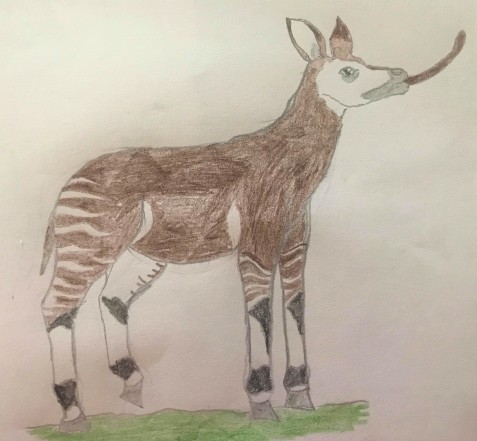 This gorgeous giraffe-y animal has an adorable stripey bottom, can communicate in low frequencies, reach its ears with its tongue and is pretty much waterproof. Unfortunately it lives in what Joseph Conrad literally called the “heart of darkness”, Ituri Forest in the Democratic Republic of the Congo, and given the amount of armed groups and murder in some parts, it’s pretty apt. Aid workers and captive okapi alike have been shot in recent years, to the point that some conservation groups have withdrawn from the area. However, they still run breeding programmes locally and remotely, which would place them right at the top of the next section if I wasn’t writing about animals:

Don’t be fooled by its delicate outline. It fights gravity when pumping blood up its neck, fights drinking by absorbing water from food, and fights the thorns and ant armies of its acacia tree snacks with its tongue. When literally fighting, its head can withstand a blow that can knock over 1500kg (1.3 tons). And so passersby have no doubt who the badass was, its pattern is as unique as a human fingerprint. But what could possibly top a giraffe, pun entirely intended? 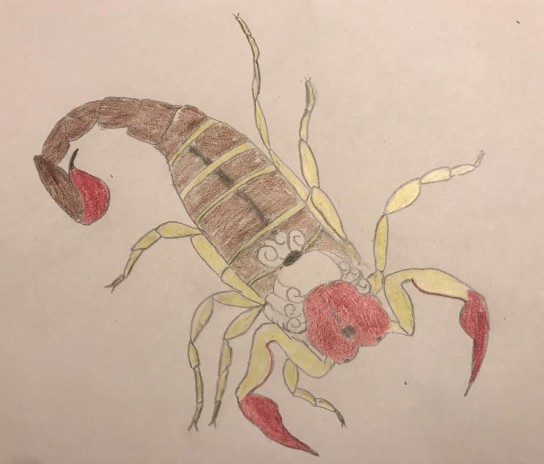 Pah, Vaejovis intermedius sees that unique skin and raises you one that glows in UV light, even when fossilised. It laughs at your need for regular food, when one meal a year would do. It thinks knocking down a ton is pitiful, when it takes on creatures thirty times its size. And that’s before it flicks painful venom in their direction. To top it off, it’s such a good dancer each session ends in sex, offspring or dinner. Sometimes all three.

In short, its awesomeness completely overrode its grossness, and that’s an achievement for any bug in my book!