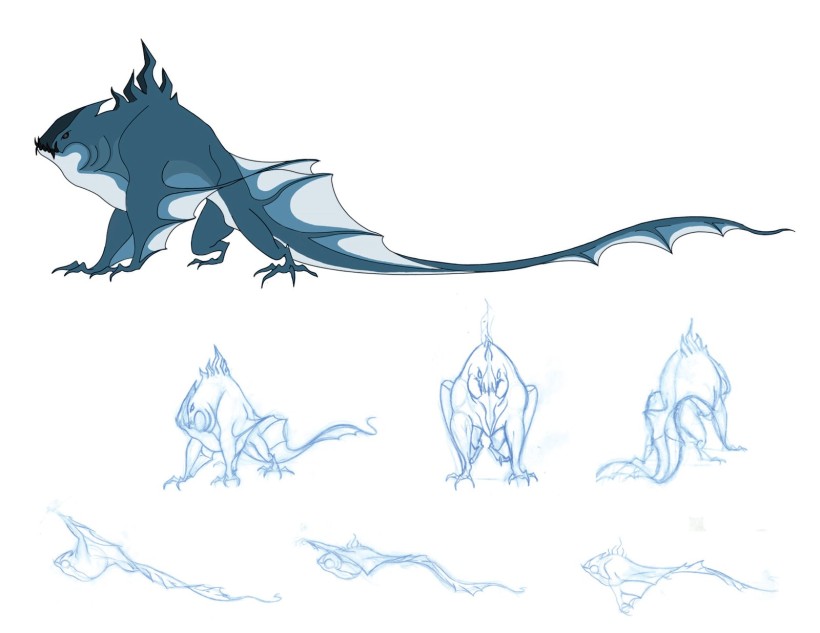 Depending on who you ask, this west African dragon-snake can breathe fire, bring on your doom, or make a handy ladder to the heavens. That’s not another way of saying the first two, by the way.

Most famous for terrorising the River Gambia, Ninki-Nanka creeps out of the muddy banks at night to devour you on sight.  Even if you see it first, you’re doomed: just laying eyes upon it pretty much guarantees your death from anywhere between a few weeks and five years later.

This might explain why there are so many different descriptions and so few eye-witnesses: for some it’s an enormous serpent with reflective scales, head crest and forehead jewel, and others, a winged dragon. In both cases, its length veers between that of a blue whale and half a football pitch, so it’s not exactly hard to miss.

Fortunately, all is not lost in the face of one, at least according to tales collected from the Mandinka:

Anyone seeing ninkinanka will die, unless he manages to remain cool, which few succeed in doing.

Why? See the above massive snake description.

The forehead jewel also does little to reduce the horror.

But you can both guard against and insult it if you so wish. The term feng baa, meaning “big thing”, used to describe it and other large, dangerous animals who shouldn’t be called by name, also means someone whose mother enjoyed a romp with a genie (jinn). If you’re being devoured by an unstoppable snake dragon, you can at least amuse yourself with a few “your mum” jokes while you disappear down its gullet.

Alternatively, you can try to avoid it all together, like a hotel construction company apparently did in the 1990s.

The site of the proposed hotel, The Palma Rima, was by the presumed lair of a Ninki-Nanka, and since no one wanted to hunt it, they found perhaps the most eco-friendly solution: plant a tree over the hole. The giant serpent was purportedly annoyed but never returned to seek revenge, possibly because the tree was a sacred baobab,

and even an evil dragon has its limits. Having said this, the same dragon has been used for the name of a Gambian tourist trail, so either someone didn’t do their research, or there’s more to this legend than meets the eye.

That’s certainly the case after a hop, skip and a jump south across Guinea-Bissau and Guinea into Sierra Leone, where Ninkinanka has a different face as well as spelling.

During their research among the Kuranko, James Fairhead and Melissa Leach found it was basically responsible for the water cycle.

Living in tall, dried termite mounds, the land spirit Ninkinanka emerges as a python before transforming into a beautiful rainbow, arcing over to higher ground and handily replenishing water sources, rain clouds and swamps. 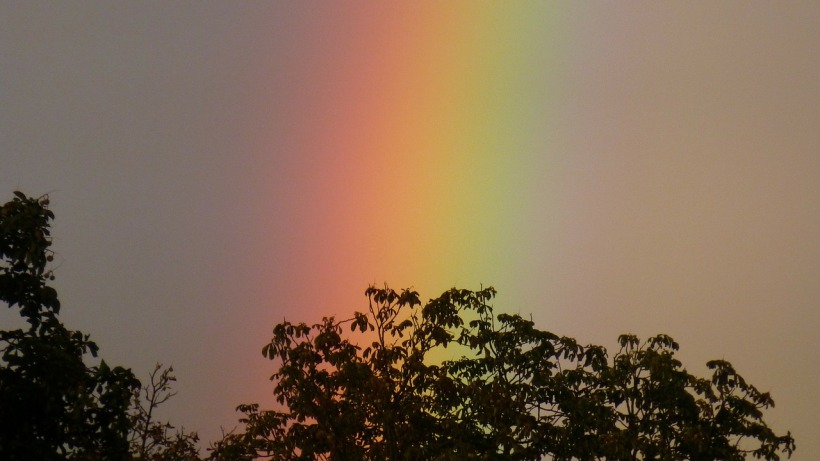 In its python form, it also slithers underground to keep everything filled up from below, its tracks eventually meeting with its celestial route in one large and nourishing circle.

So any villages that were especially prosperous obviously had ancestors who were in cahoots with it. Kelemanson, the hero and founder of the Mansare village, for example, was believed to have been helped by Ninkinanka. Unsurprisingly, offerings outside the termite mounds weren’t uncommon.

In a story from the Limba, the giant serpent Ninkinanka literally reaches up to the heavens, and indirectly causes thunder and lightning. I say indirectly, because it was mainly due to a hunter and son trying to save face.

Seeing Ninkinanka as the ultimate trophy, the father sends his son up its neck to slice off its head. But this is no quick ascent; he climbs for about a month with his father behind him, but they end up so far apart, the boy slices off his words and lies them on Ninkinanka’s back, ordering them to pass themselves down to his father and back again so he can check when to start chopping. It takes about 200 miles of climbing before he reaches the top of the serpent’s rib cage, and when he slices its head off with the knife, the results aren’t what they’re expecting.

First of all, Ninkinanka seems non-plussed, even as its neck and body tumble to the ground. As for its head, the boy and his knife, they all fall upwards into the sky and stay there forever more. Both father and son are distraught at their separation, and whenever the son cries or flashes his knife around to cut a path back down to earth, it causes heavy rain, thunder and lightning.

I would have amused myself slicing swear words with each flash, but then I don’t have the mind of a hunter. The Centre for Fortean Zoology do though, and in 2006, they set off into The Gambia in search of the murderous version of Ninki-Nanka.

At the start of the cryptozoology expedition, the team thought Ninki-Nanka was probably an oversized monitor lizard, but after collecting various eye-witness accounts – one of which was first-hand – they began to lean towards a serpent as well.

A ranger from Kiang West National Park claimed he saw Ninki-Nanka three years previously, describing it as a 50-metre(164-feet)-long, black and green snake-like creature, with reflective scales and a feathery crest falling across its horse-like face. Thanks to a holy imam potion he survived the encounter, but a local named Papa Jinda wasn’t so lucky. After the second time he saw the creature – the first being when it wrecked some pipes at a pumping station – he suffered pain in his legs and waist before losing all his hair. He died two weeks later.

The CFZ team didn’t only return with a possible “scale” (also a possible “rotten piece of celluloid”), but with enough consistencies to suggest a species of undiscovered horned snake.

Alternatively, it’s another iteration of the “crowing crested cobra” widely reported across Africa. Which was also a legend. Looks like Ninki-Nanka has led us full circle! 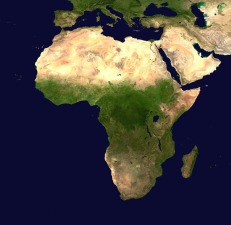 Where? The rivers and swamps of The Gambia, or the plains and skies of Sierra Leone.

Probable motto: If you don’t look at me, how will you know if I’m the friendly rainbow version?

“The monster detectives – on the trail of the Ninki-Nanka“. 2006. The Independent.