Here’s a look back at the last 26 animals, complete with the stuff I missed. In case you need to make (possibly drunken) small-talk at a party.

The aurochs could take the slings and arrows…for a while.

The aurochs was the largest land mammal in Europe before we drove it to extinction. It held its own for a time though, as Sven Nilsson’s 10,300 year-old skeleton with flint spear spine-hole will attest.

The females have a body temperature 1°C (33.8°F) hotter than their environment during the day, then leave the shallow reef at night when it becomes cooler. And since neither sex has a swim bladder like bony fish, they’ll sink to the bottom if they don’t keep active!

Is the Chinese mountain cat too close to the domestic? 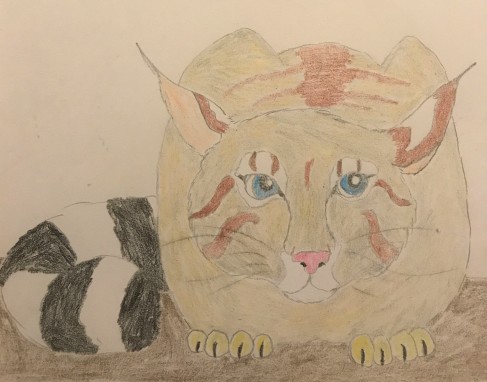 You can tell it apart from its reddish ear tufts and the ringed tail 40% of its body length, but it might be unfortunately mingled in more ways than one. Without the vet jabs it’s prone to all of Tiddles’ diseases, and it may even be cross-breeding with them.

The long and short of dwarf elephant evolution? It’s not actually long.

In less than 1 million years – about 800,000, to be exact – dwarf elephants had whittled themselves down to about 30% of their ancestors’  height and just 2% of their weight.

Despite multiple disguises, the Egyptian nightjar was only once named after its appearance.

It was previously known as the “isabelline nightjar” due to its greyish-yellow feathers. So if your name’s Isabelle and you always wondered what it meant, now you know.

The firebird set the world alight… 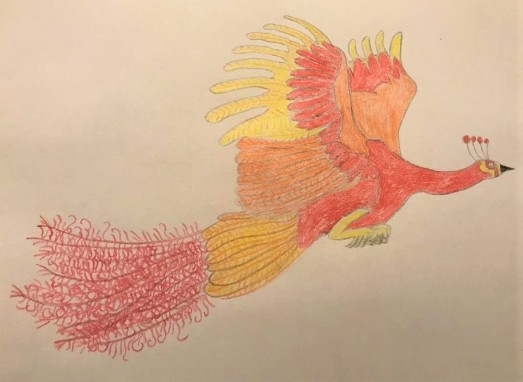 …or at least Igor Stravinsky’s ballet did, launching him to international fame. Unfortunately the lead ballerina purportedly hated the music so much she refused to perform and was fired. No pun intended.

For the giant forest scorpion, beauty is in the eye of the beholder.

Despite one pair of eyes on the top of its head and the rest on the side, its vision is pretty rubbish. But that’s not to say it isn’t cool: we think it’s more sensitive to green and UV lights, and when placed under the latter, it glows a blue-green teal colour.

We don’t do things by halves for a Haflinger.

This popular pony-horse has its own museum in Bolzano, Italy, and when one of the feral Bisbino crowd got into an argument with a cliff, we rescued her by helicopter. If we’re going to hold a horse breed to exacting standards, we can at least throw some fame and importance its way.

There’s more to the island glass snake than its tail. 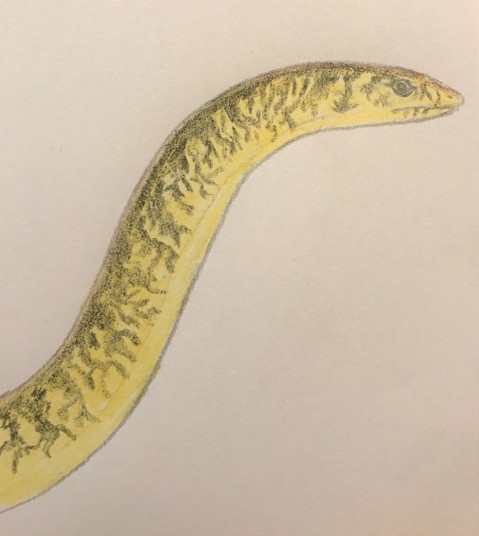 Being more than twice the length of its body, it will grab your attention. But its head changes colour to brown when it gets older, and large males get funky white crosshairs on their back and sides too.

The jumping spider lives as well as leaps at great distances. 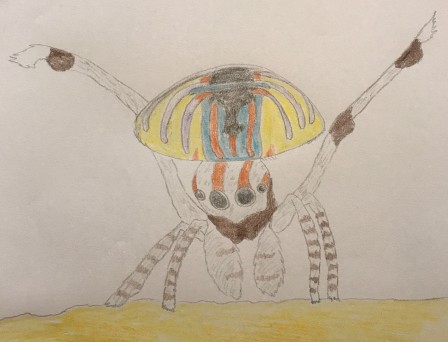 The Himalayan Euophrys omnisuperstes, ­the latter of which means “highest of all”, lives as far as 6,705 metres (22,000 feet) up Mount Everest. At least food generally comes to it: it chomps on the insects wafted upwards by the wind. And with its amazing vision, maybe it can appreciate the view!

Getting a kinkajou confused can be annoying…for us and other species. 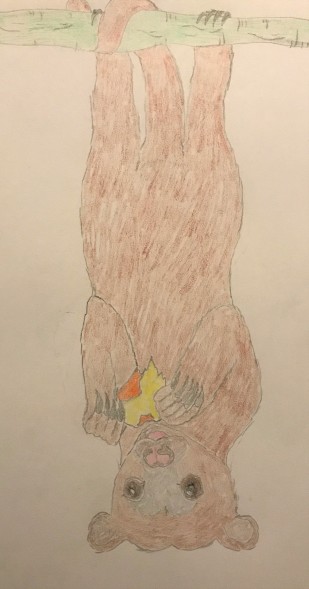 Its more slender cousin, the olingo, was believed to be found in the forests of northern Brazil where kinkajous were conspicuously absent. Then Sampaio et al.’s 2011 study suggested we’d simply misidentified them all. Whoops.

“Large Indian civet” doesn’t sound specific. But we did try to make it so!

Seriously, we tried to prove there were six different sub-species. But as it turns out, it varies its coat pattern by individual, region, and sometimes even season.

The margay can be one with the night.

Its enormous eyes make the margay an expert nocturnal hunter, but in 2018, we found it had an extra level of stealth. For the first time, in Costa Rica and Colombia respectively, we spotted two melanistic ones!

You should do all you can to ward off the Ninki-Nanka...

…especially during a post-circumcision bath in a holy crocodile pool. Possibly a throwback to a Gambian animalist religion, in the holy waters of Folonko, it’s traditional to sing about the west African snake-dragon to keep it away. There are worse things you can do two weeks after the fact.

Going from “junk” to “tasty” isn’t great for a fish. Mostly thanks to the 1970s media machinations of a Michael Wagner (have fun rearranging that surname), the Pacific and other types of angel shark suddenly found themselves on more plates, their catch increasing two-thousand times over in less than 10 years.

The Palauan name for this little bird is melimdelebteb, and on the island of Peleliu specifically, chesisirech. Admittedly my Palauan is rusty (read:nonexistent), so despite my best efforts, I found nothing to explain chesisirech, and all I could glean was that melimelim = “drink slowly”, and delebdeb means “a drink made out of meat and coconut juice”. Make of that what you will!

The queen snake has a wealth of names.

The second half of its Latin name, septemvittata, refers to its seven dark and light stripes, but it has many more monikers, such as the banded water snake, willow snake, seven-banded snake, or my personal (and most baffling) favourite, the moon snake.

Risso’s dolphin is named after its scars, in more ways than one. 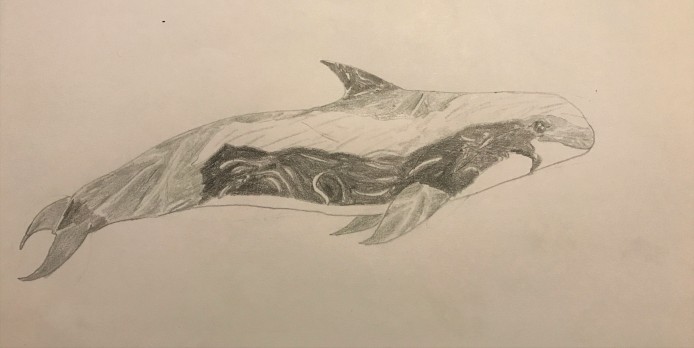 The “Risso” is after naturalist Antoine Risso, and “Grampus” is probably a mish-mash of the French “grand poisson”. But “griseus” in its Latin name refers to the grey mottling of its wounds, and some of the dolphins identified by Jonian Dolphin Conservation, like Wolverine and Mario, are so-called because of the shapes of various scars and scratches.

The scimitar-horned oryx sees both sides of being a trophy.

Part of the reason we have enough animals to save it is because humans like to shoot it. Back in the 1960s, the aptly named wildlife trader Van den Brink caught about 50 of them in Chad and shipped them out to zoos across Europe and the US. Most of the captive populations are their descendants, and some ended up on game ranches, bred for sport shooting. I guess having fancy horns can be a double-edged sword.

Thanks to my non-existent Chinese knowledge, I’d always assumed you pronounced its name “Sin-tow-sore-us”. But it’s named after the city where it was found, at the time written as “Tsingtao” or “Tsintao” (and yes, home of the famous Chinese beer). Not only is this pronounced “chingdao” or “chindao”, but nowadays the city is spelt “Qingdao”. Oh well.

For the umbrellabird, when it rains, it pours. 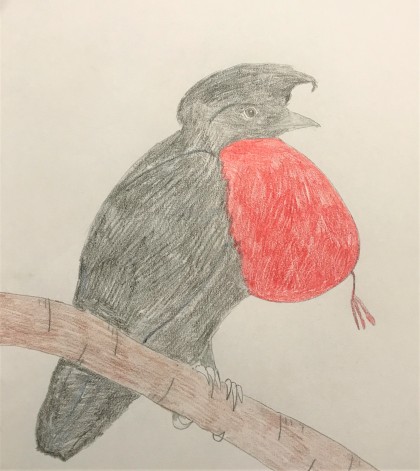 The males’ booming call can be heard from hundreds of metres away – no mean feat in thick forest – and since they gather in leks to attract the ladies, they tend to easily attract human hunters as well. Not ideal on top of all the deforestation and habit loss. 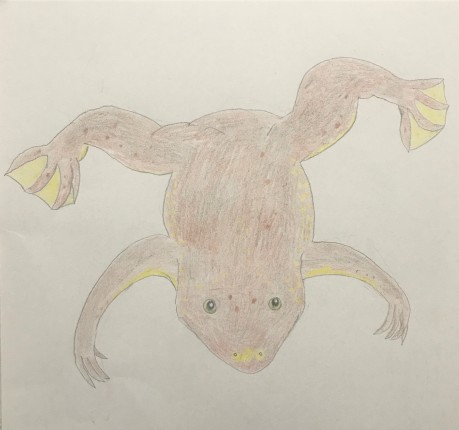 …especially by the dreaded chytrid virus currently rampaging across all frogdom. Between 2008 and 2009, of the 31 frogs tested in the Mount Oku area, 10 were infected, so having a literally cool volcano hideaway isn’t all it’s cracked up to be.

Spines aren’t the only thing the western European hedgehog is covered in.

When one comes across a particularly strong odour, rather than roll in it like a dog, the western European hedgehog “self-anoints”, spreading saliva all over itself. We have no idea why it does this, but one of many theories is that it’s making sure it only smells of itself afterwards. It seems pretty engrossed while it does this, so it must be pretty important!

Xenosmilus was found by its quarry.

“Hog Heaven”, littered with piggy peccary remains, was found while the whole site was being destroyed by quarry operators. When some fossil collectors jumped in looking for the peccaries, they discovered what had probably finished them off – the two Xenosmilus. 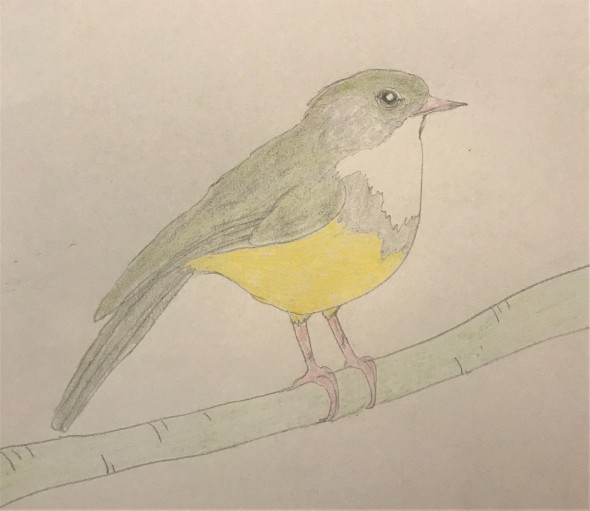 …in the worst way possible. Renowned ornithologist Richard Bowdler Sharpe, who described this little flitter in 1903, died of pneumonia in 1909…on Christmas Day! 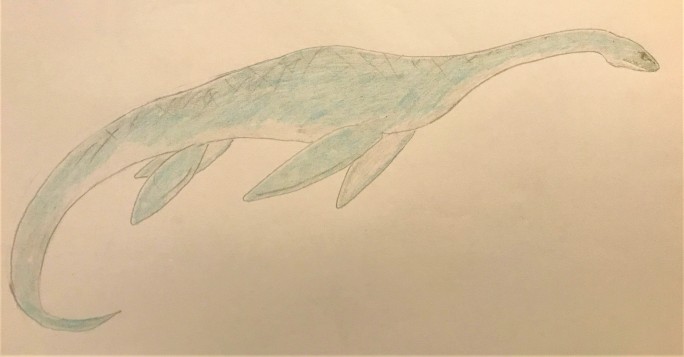 Come to think of it, neither would Nessie. A plesiosaur’s neck wouldn’t be able to arch out of the water, or curl around like a serpent on a coat of arms, due to its length and the matter of all those vertebrae.

Have a wonderful 2020, and warm wishes to my 48 WordPress and 33 Facebook followers!