Ahh, a giant wolf legend. This is going to go well, isn’t it?

Actually, if you have sick caribou, bullies to thwart or dog-sledging to invent, then yes! If you’re hunting at night among endless sheets of icy death, then no.

Also spelt “Amaroq”, this Inuit legend has many stories to its name. As with Pamola, most of the ones I came across were collected by European explorers in the 1800s, like the aptly named Dr. Rink. Still, it’s enough for the legend to form a hazy shape like the lights above its home.

The most common story was Amarok’s fangs showing how daft you are for hunting alone at night. But sometimes its attacks are reasonable, if not entirely justified.

A grief-stricken man out for some excitement dragged a buddy hunting, and stumbled across Amarok’s den. The mourner then killed all its cubs, because why not. When Amarok, for whom “nothing is ever hidden”, returned carrying a caribou, it swapped it for the mourner’s soul. That’s shocking, because one of Amarok’s favourite foods is caribou.

Don’t wolf it down

According to the sky spirit Kaila, only healthy caribou may be eaten by humans, but due to overpopulation, the herd had become old and sick. Amarok arrived to pick off the ropiest reindeer until the herd regained its health and went back on the menu. It doesn’t only strengthen herds of (likely annoyed and confused) caribou either.

For all your revenge fantasy needs

Being short and bullied is bad enough, but when only your nostrils grow – because that’s how your bullies pick you up – you become even more of a walking target. Fortunately for Kagsagsuk, in this tale from Labrador and Greenland, that’s not the game Amarok plays.

Instead of attacking him, it used its tail to shake loose a rain of seal bones to help him grow, and by visiting him every day, Kagsagsuk became stronger. On Amarok’s advice he kept this secret until three bears appeared, at which point he impressed everyone by killing them. Unfortunately he got carried away, and also ended up “accidentally” killing anyone who was ever rude to him before going on tour with his strength.

Why didn’t Amarok go with him as the main event? Well, not everyone appreciates its efforts.

Real wolves never have blue eyes, only huskies or hybrids. But this is a mythical wolf (…?), so there.

In most other stories it’s just a normal wolf, and has the indignity of being killed for bravado, by a wife cracking a hood string like a whip, or being made to pull a sledge.

In a famous Greenland story, it was roped to it along with a bear and a beast known as an agshik by a man searching for his sister. Despite their initial brawling the man tamed them, and gave rise to one of the main modes of tundra transport.

In other historical news, Amarok was used to finger-wag famous explorer Captain James Ross about appropriating other people’s work. According to fellow Captain Edward Sabine, Ross’ misspelling of its name, and incorrect paraphrasing about its Inuit description (or lack thereof), clearly showed he’d yoinked someone else’s essay and was rewriting bits to make it his own.

So remember, nothing is ever hidden around Amarok, even your attempts at copying homework. 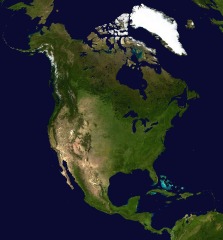 What? Giant wolf of Inuit legend

Where? North America, from the Bering Sea to Greenland

Probable motto: I’ll help the weak and starving, but so help me if you’re daft.

Just to prove I’m not fibbing (about the mythology, anyway!)

Rink, Hinrich. 1875. “Tales and traditions of the Eskimo: with a sketch of their habits, religion, language and other peculiarities“.  William Blackwood and Sons.

10 thoughts on “Is Amarok Really Such a Big Bad Wolf?”