At my university, if you missed a single lecture you were (figuratively) lynched. An unfortunate handful of course-mates even failed their first year because, despite good marks, their attendance record wasn’t just so. That might sound harsh, but spare a thought for the seminar-snoozing Japanese monk, who would instead be punished with otherworldly screaming, flapping and harassment by an evil black crane with glowing lantern eyes.

Before we descend any further into this nightmare, I should say that I’m also due some angry screeching. I’ve failed to find much information at all about this demon bird, and not due to sleeping on the job. I did too much of my own shrieking for that to have been possible.

To start with what I could find out, Onmoraki only gets more horrifying. In Toriyama Sekien’s encyclopaedias of Japanese demons and folklore, it’s also the soul of a freshly dead corpse.

Learn something, or get out

Featured in the Chinese chronicle Qing Zun Lu, or Seisonroku in Japan, this demonic crane briefly terrorised a man named Sai Shifuku, who had nodded off in a lecture hall at a countryside temple. After being screeched awake, Sai shot down the hall with Onmoraki in hot pursuit, at least until he threw a glance over his shoulder and it disappeared. 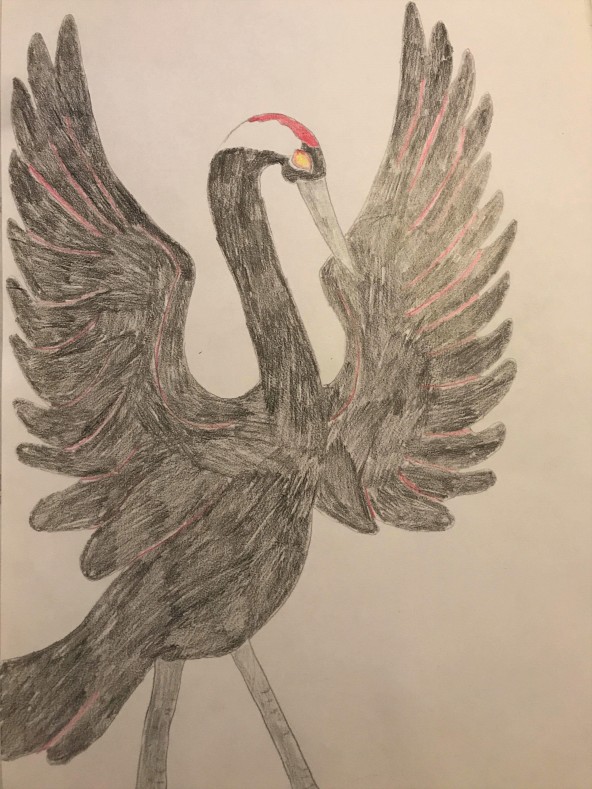 …presumably before he saw its dodgy proportions.

The local monks, who kindly let the “sleeping through lectures” bit slide, blamed it on a body being stored nearby. A Shramana monk at Kaihō temple confirmed this when Sai later returned to the capital, advising that, in the Buddhist canon Tripitaka, the soul of a newly deceased corpse can sometimes transform into an Onmoraki.

That’s great, says I, I’ll check out the Tripitaka then, the scriptures of Theravada Buddhism, and see if I can’t find more information. This time, I’m the one who starts (figuratively) screeching.

A demon in a haystack

There are over 10,000 scriptures, or suttas, in the Tripitaka, and none of the parts I found in English mentioned anything about Onmoraki. What’s more, even if I found a full length copy not written in a language I didn’t speak, it would take up half a wall of shelf space. So short of sitting down and learning Thai, Sanskrit, or the original Pāli, I won’t be able to find much else. But this hasn’t stopped other works from helping themselves to some avian academic rage.

If Onmoraki‘s there, you don’t have a prayer

In Matthew Meyer’s impressive Yokai catalogue, Onmoraki has a disturbing human face, and chooses to mock its victims in their own voice. While it also springs from a freshly dead corpse, this is because its memorial prayer was lacklustre or non-existent. In the gloriously gruesome 70s artwork of Gōjin Ishihara, on the other hand – aimed at children! – Onmoraki is depicted as a fire-breathing demon bird perched atop a skull. In more modern Japanese media like the games Yu Gi Oh!, Megami Tensei, and Nioh, Onmoraki is borne out of corpses and yells at priests who don’t read their sutras properly.

So let’s just hope it never teams up with Amarok. 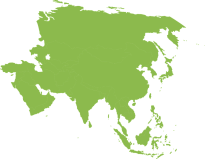 What? Crane-like shadow demon formed from the soul of a fresh corpse

Where? Japan, near temples, especially around lazy monks and the newly deceased

Probable motto: Terror is one way of making you “seize the day”.

Just to prove I’m not fibbing (about the mythology, anyway!)