The last 26 animals in one shot, complete with slapdash art and arbitrary ranking!

Named after the World Heritage Site where it was found, this hornless house-pet-Triceratops is only known from a single bone. But we could tell enough from one jaw that it’s in last place.

Despite being pretty much part of the landscape, this little day gecko doesn’t even have a common name. At least we know what it eats, how it lives and how it loves, though.

You’d think a local hummingbird that never migrates and makes messy nests would attract more attention, other than through shady charm dealing. Sadly not, and it’s not the only small creature shafted by the economy!

When logging and land clearing hit your deliciously fertile coastal forest, you’re going to make yourself scarce, even with your considerable squirrel size and ringed tail. What about those who are less distinct? 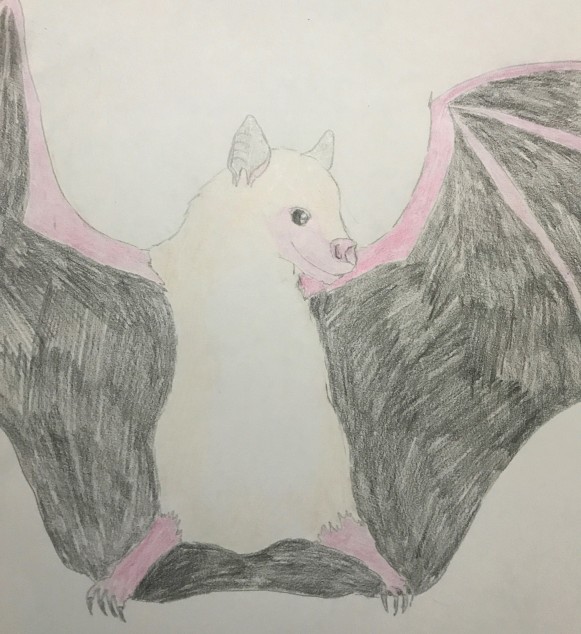 Sometimes confused with the buffy flower bat, the Jamaican one draws a different blank – why its numbers have plummeted more than their cave cohorts’, despite similar fun with human intrusion, cockroach infestation and feral cats. Still, at least they get along with other species…

Perhaps I was wrong and this bird was in fact named for its thousand-strong breeding colonies. It even changes its hairstyle for the cause, but too much human voyeurism (really!) can scare it away. For this next entry, it’s the watching humans who’d be terrified.

In some iterations the Brazilian Bigfoot has a girlfriend in the form of “forest mother” Curupira, with whom he enjoys tobacco and frightening or devouring trespassers. There are stranger ways to bond with your mate, I’m sure.

As well as organising themselves into breeding and non-breeding schools, they have mass-mating down to such a fine art that they actually created a new species. Close relative the spinner dolphin has also joined in the fun, and we now have the natural hybrid the Clymene dolphin. Sometimes the things we learn are awkwardly surprising, but at least we can get something out of it.

Hey kids! Make enough noise that an endangered butterfly becomes state insect, and people will sit up and take notice. As long as you do it before it’s extinct, obviously.

To atone for slapping houses all over its homeland and an etymologist accidentally snagging the last one, we set up the Xerces Society for insect conservation. Maybe it could have been saved with more cross-co-operation?

After spotting this little skink plummeting towards extinction, Parks Australia, Taronga Zoo and Perth Zoo scooped up some breeding populations. As well as at Taronga Zoo, the blue-tailed skink has a “Lizard Lodge” breeding centre on its Christmas Island home. Having different sites has taught us their (non-[s]kinky!) preferences, as well as which islands can be scouted out for future release.

Insects and reptiles are among the least popular conservation subjects, but they’re not the only ones who suffer.

I admit I shivered when I saw this, but all three species are faintly bristly rather than clawed grizzlies clutching for you out of the water. But what’s in a name?

It sounds pretty, but is reviled as a “bin-chicken”, “picnic pirate” and “tip turkey” for raiding urban areas after we drained most of its wetland home. You can’t really blame it, but it’s more understandably associated with bins than this next one.

An awesome survivor of the nightmare depths (depending on species), the rat-tail fish is named after its tapering tail, and the giant rat-tail is known as a “trash fish” when it’s caught instead of tastier meats. That’s both unfair and annoying, but prepare yourself.

At least the above haven’t been endangered by their reputation! Despite regular and thorough bathing and providing an essential clean up service, the poor unpopular hoodie has almost been driven to extinction from poisoning, habitat loss, and demand for witchcraft accessories. Who’s the real bottom feeder here?

Probably not these ones, although for some people they come close:

…and the most er, not-quite-as-unfairly maligned

Yes it’s made up, and not quite as deadly as its other South American cohort, but the Tapirê-iauara’s smell can make you faint, die or even scare your soul away. It does protect the ecosystem, however, which is more than this next aquatic hooligan. 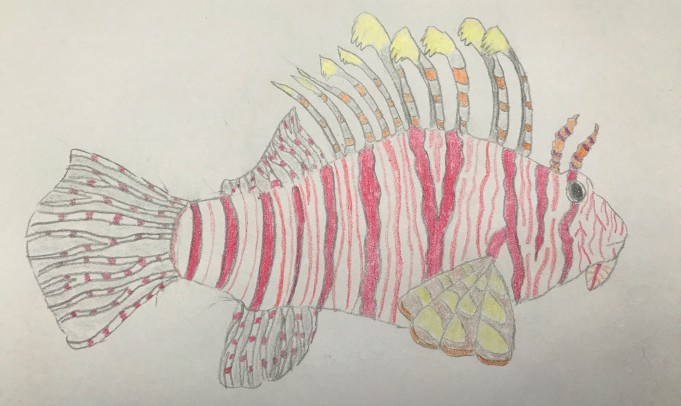 Being venomous, ravenous, and overly amorous means you spell trouble for the food chain. Probably thanks to escaped pets and warmer waters, the lionfish has ventured further than its Indo-Pacific home and now cruises the Atlantic and Mediterranean stinging and gobbling things up. At least we can try to gobble it back if it gets too much. A stark contrast to our next group:

Too pure for this world

Warming weather and humans marching across the Bering Land Bridge with spears and clubs did this droopy-faced camel no favours. It was also the shape of things to come!

Also affected by the march of humans, or rather their imported animals, the numbat is too polite to fight back or complain much, and even avoids destroying the homes of its termite prey. Neither it nor our winner asks for much either.

It makes its home on volcano slopes and would rather hide in tall grass or rock crevices than dig holes everywhere. But we still won’t leave it alone and keep stealing some of its food! Honestly there’s no pleasing the human race. The following animals please me more than most, though.

One of the fastest horses, this equid embodies the spirit of the wild as it has never been tamed by humans. Probably due to its donkey streak.

The young ones can literally run on water, and the adults have awesome sail fins and the look of a mini Godzilla.

It can sit down eating all day due to its bum pads, has one of the most extensive vocals of any primate, and it’s nice enough to let rare Ethiopian wolves wander around it looking for prey. On top of that, it would rather flash its chest than fight. It puts on an impressive show, but not a patch on this dino.

How can you compete with those awesome spines. They might have been flashy, defensive, used for wrestling, and they may have even clattered noisily to attract the ladies or ward off enemies. We’ve not found any other dinos like it to date, and I wish I could have seen one in real life.

Actually, that would give me even less of an excuse for the artwork above, so scratch that.