We know what it looked like, what it ate, and maybe even how it lived. How did we find out? Because it had its own “Pompeii”.

One of the last rhinos to live in the US, Teleoceras had a short nose horn, stumpy legs and a barrel-like chest, so it actually looked more like a hippo. And, since it was usually found near river channels, we previously thought it spent its time wallowing in water. We now know it roamed the savannas, like the one that used to cover Nebraska, and had more of a rhino-like stance on rivers – you can get in if you want, but dry plains are where it’s at.

There were several different species of Teleoceras – like T. proterum, T. major, T. fossiger, and an un-named one as of 2013 – and as a broad estimate, it lived between 17.5 and 5.3 million years ago during the Miocene, although one or two outliers may have made it to 4.7 million years ago in the Pliocene. It was probably one of the most abundant species, and unlike the dinosaurs, there was no short sharp shock to kick it into extinction. Instead, it slowly died out due to new species in the neighbourhood or arriving from afar, and a gradually cooling climate. There was, however, a mass death around an old Nebraska water hole, and that was even more unpleasantly slow.

About 12 million years ago, a magma hot spot erupted 1,000 miles away in Idaho, showering the area with ash, and anything unlucky enough to be there would have inhaled tiny sharp shards with every breath. While the smaller creatures died first, a group of poor Teleoceras major hung on for weeks, getting feverish and thirsty due to lung damage. They probably sought relief at the water hole, but every time they moved or slurped up anything they would have inhaled yet more ash. Their mass grave was found in 1971, and included some incredible specimens.

Some were eating their last meal, a few females were pregnant, and one or two even had calves that were preserved in a nursing position. Apart from a few bones yanked by cheeky scavengers, most of the skeletons were pristine, and some are now stored in the “Hubbard Rhino Barn” in Nebraska. 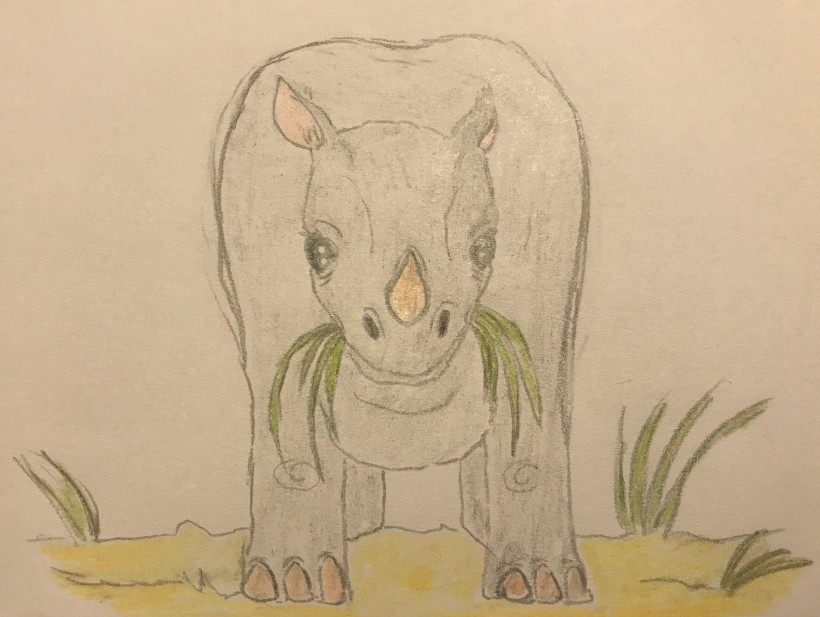 Despite the horror, we’ve learnt so much from the Ashfall Fossil Beds. The fossilised grasses in their mouths suggest they were grazers, and, judging by the small mouth tusks, there were only 7 adult males in the 200-strong herd, so Teleoceras probably had a hippo dating scene: a dominant male and his ladies. The unfortunate babies were of specific age bands, so there was likely a fixed breeding season too. On an unrelated topic, other Teleoceras have also been found in Florida in the Love Bone Bed. (fnar fnar.)

At least the magma hot spot is still with us today, helpfully heating Old Faithful and other Yellowstone geysers. That doesn’t leave me with a warm feeling, for some reason.

Wang, Bian. 2016. “Reconstructing the Paleoecology and Biogeography of Rhinoceroses (Mammalia: Rhinocerotidae) in the Great Plains of North America, Leading Up to Their Extinction in the Early Pliocene“. Thesis. University of Nebraska – Lincoln.