Throughout history we’ve been told to keep our grubby mitts off this beautiful northern raptor. Today is no different, but the reasons most definitely are.

Lording over the skies

Given all the wars and pestilence of the European Middle Ages, not being allowed to own a gyr(“jer”)falcon was probably bottom of most people’s lists. Nonetheless, only royalty could own and hunt with one, and 12th and 13th-century Norwegian kings often gifted them to the English. They certainly had a fan in Edward I (or Edward the Longshanks, Braveheart fans), who, when his prized falcon fell sick, had a wax likeness hung in Thomas Becket’s shrine in the hope of curing it.

Takk for the ptarmigan!

Diddy, quail-like rock ptarmigans are top of its menu, and in the Middle Ages, a live one would be strung between two stakes, with the gyrfalcon captured as it swooped in for a suspiciously easy meal. Being roped into service would have been rubbish enough, but not all gyrfalcons were caught quite so elegantly.

When John James Audubon saw a new species of bird, he would shoot it for his picture book. Unfortunately he wasn’t a photographer.

In the 19th century he wrote and illustrated Birds of America, and to make sure they posed appropriately, he would fill them with lead first. After two unlucky white Iceland or Jer falcons (Falco islandicus) were peppered with shot off the coast of Labrador, Audubon set about drawing and documenting them. In his notes he whinged it was a difficult night and that his painting got rained on, so a bit of karmic retribution there. Their being off the coast of Canada was also a bit of a clue as to their true identity.

Icelandic gyrfalcons are usually grey, often described as a “washed out” peregrine falcon. 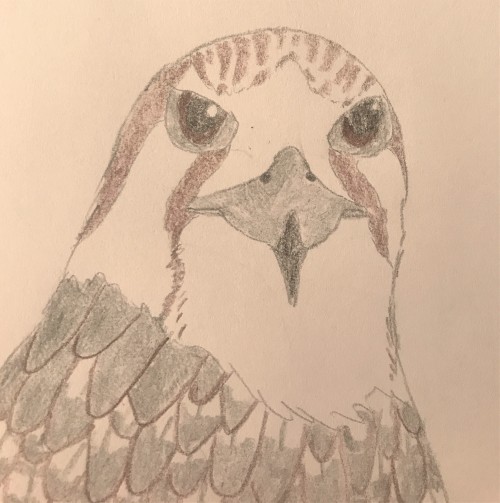 While white morphs have been spotted, many are just the Greenland gaggle on their autumn migration. And while the Icelandic gyrfalcon has the most uniform pattern and appearance, it’s not officially considered a subspecies after all. Gah, it’s the king cheetah all over again! But, like our feline friend, it’s no less beautiful or loved.

It’s still the national bird of Iceland, and strictly protected. You even need permission to photograph it, and motion-tracking cameras are used to nip egg-thieves in the bud. Because of course, illegal trade in gyrfalcons is still a thing. Fortunately, with a 40-year high in 2018, its population in Iceland is booming, so it’s lost none of its fascination or lust for life, even if it doesn’t officially exist.

What? The biggest “true” falcon, and possible subspecies thereof.

Where? High cliffs and hilly areas of Iceland, especially in the northeast.

Endangered? Currently Least Concern, although its eggs are threatened by the falconry market, and climate change is messing up its prey and nesting sites.

Probable motto: Tsk, you have guns, and you’re still too lazy to hunt for yourselves.

Egg-theft for falconry is a concern, and gyrfalcons worldwide often find themselves at the wrong end of a gun or trap for other species. While it’s considered Least Concern and with a stable population, it’s affected by climate change as it can disturb prey and disrupt potential nesting areas. Fortunately, organisations like The Peregrine Fund look out for the gyrfalcon and its swooping siblings worldwide.

Brewer, T.M. 1840. “Wilson’s American Ornithology, with notes by Jardine. To which is added, a synopsis of American birds, including those described by Bonaparte, Audubon, Nuttall and Richardson“. Otis, Broaders, and Company.

“Gyrfalcon“. No date. The Cornell Lab of Ornithology.

“Gyrfalcon“. No date. The Peregrine Fund.

Þorbjörnsson, Kjartan. No date. “Falco Rusticolus: A day in the life of a gyrfalcon researcher“. Iceland Review.

2 thoughts on “The Icelandic Gyrfalcon Both Is, and Isn’t!”