When I was at primary school we had to write about an animal beginning with “E”, so being horse-mad I asked if I could do Eohippus instead of an elephant or eagle. My teacher said no, and after researching this post, I can see why. Good call, Mrs. J!

A neigh to your name

Even its name is up for debate. It was discovered separately by Sir Richard Owen in 1840 and Othniel Charles Marsh in 1876, two such heavyweights in early palaeontology that they materialise in the middle of the room if you hold up a fossil and wonder what it is too loudly.

Marsh certainly had more panache for names, because he called the collection of Wyoming bones the “dawn horse”, or Eohippus, while Owen, after finding the fossils in a Kent clay bed, went with the supremely exciting ”hyrax-like mammal”, or Hyracotherium.

It was later suspected they were the same animal, and since Owen called bagsy first, we went with the less interesting name while secretly thinking about the exciting one.

It’s now generally believed they’re closely related but different, so we can use Eohippus again, hoorah! But why was it called both a horse and a hyrax?

To be fair, it could have been called much worse.

To begin with it was fox-sized, had eyes in the middle of its head, and didn’t have the tapering muzzle of today’s horses. It also had multiple hooves.

One-hoofed horses are technically walking on their third finger, whereas Eohippus had four digits on its forelegs and three on its hind legs, each ending in a dinky hoof. So with its obvious multiple “toes” it would have looked like a large rodent or canine rather than our elegant equids. But it had fiddlier feet for a reason.

55 million years ago during the Miocene there were no sweeping grassy vistas in North America, because grass was still a new kid on the block. Instead, Eohippus scampered about in humid forests and swampy areas, chomping on low-growing leaves. The multiple toe-hooves stopped it from sinking, and unlike other swampy horses on this list, it would have been cute and harmless. Then again, it was one toe short of a hindfoot.

Dawn horse had a still-sleeping brain

According to Tilly Edinger in 1948:

“Apparently today no placental has a brain in which each part is on so low an evolutionary level as it was in Eohippus.”

Ouch. It seems this cute little forest scamp had a primitive brain, and furthermore, Edinger believed it was closer to that of a crocodile than a horse. So how is it related?

It was Eohippus‘ later descendants that helped us make the connection, but Marsh thought parts of its ankle and leg bones resembled those of modern horses, and its molars were similar to those of Orohippus, a younger member of the family tree.

In short bursts, it could also have reached 75% of the modern horse’s running speed, and Bruce J. MacFadden suggested it had a similar horsey hierarchy too, with male-led harem family groups.

It would have only lasted 5 out of today’s 30 year life-span, however, but its luck must have improved somewhere along the evolutionary line. Otherwise, its descendants would be walking on their middle finger instead. 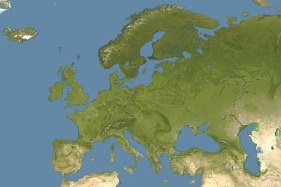 What? The ancestor of most, if not all modern horses.

Where? North America and Eurasia during the Early to Middle Miocene, 55-45 million years ago.

Probable motto: Don’t laugh, you humans didn’t look like anything 55 million years ago.

Cothran, E. Gus. No date. “Evolution of the horse“. Britannica.com.

Edinger, Tilly. 1948. Evolution of the Horse Brain. The Geological Society of America.

“Hyracotherium (Eohippus)“. No date. International Museum of the Horse.

One thought on “Eohippus Took its Discoverers For a Ride”