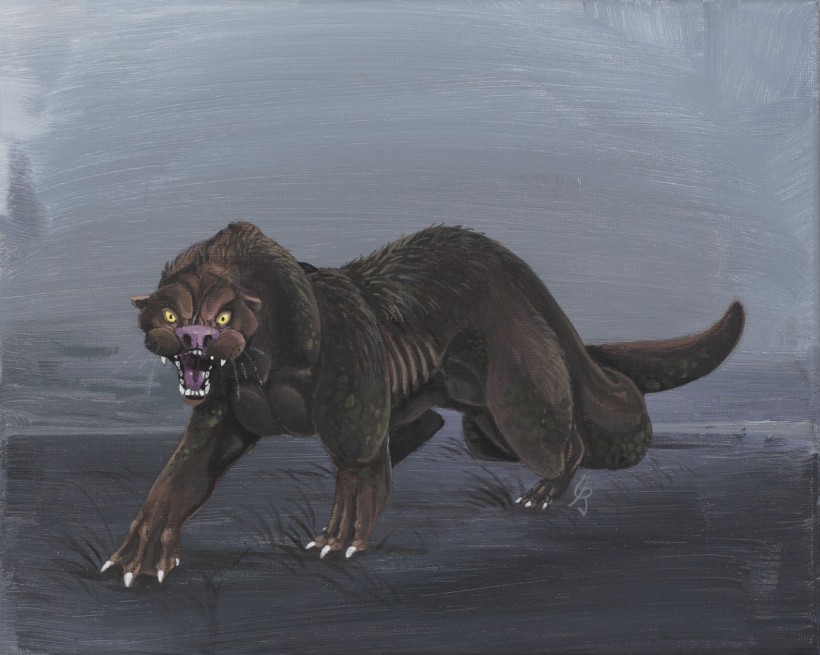 Let’s be honest: if you ever encountered this hellish Irish otter dog you wouldn’t fuss over pronouncing it “dhuraghoo” or “dorraghow”. It would just be the first lengthened obscenity that left your mouth as you ran screaming in the opposite direction.

That’s what you get for using detergent.

Its most famous story comes from Glenade Lake, County Leitrim, in 1722. Grace Connolly was washing her clothes when a Dobhar-chú lunged out of the water and mauled her to death. Her husband Ter stumbled across them, and in horror and rage, stabbed the beast in the neck with a dagger.

Before it died it let out a screech, revealing that it, too, had an angry spouse hell-bent on revenge.

It also looked as much like a dog as it did an otter.

Said mate burst out of the depths and chased the terrified husband, who fled on horseback until forced to stop for a re-shodding. The wily blacksmith advised Ter to lure it closer, let it put its head through his horse, then slice it off.

Likely earning a sarcastic and posthumous “thanks” from his horse, Ter did so and managed to slay the creature.

In another version, as heard by a Miss Walkington in 1896, the demon’s furious mate frightened the husband’s horse as far as another town.  As before, the husband killed the creature – and this time its unborn young – when it later rammed its head through the poor animal.

To add insult to injury, the town was also named Garronard after it, meaning “bad horse” and “high area”. Talk about kicking it when it’s down!

At least the 16-verse poem “Dobhar-chú of Glenade Lake” by anonymous is easier on the equines. Poor Grace still dies horribly, but it’s her brother and husband who team up to kill Dobhar-chú’s mate, and simply stand their horses to the side and kill the monster when it goes for their legs.

There are two “Dobhar-chú tombstones” in County Leitrim today; a now crumbled one in Kilroosk to commemorate the husband and a horse-like animal, and one for Grace, complete with the creature mid-neck-stab, in Conwal cemetery. 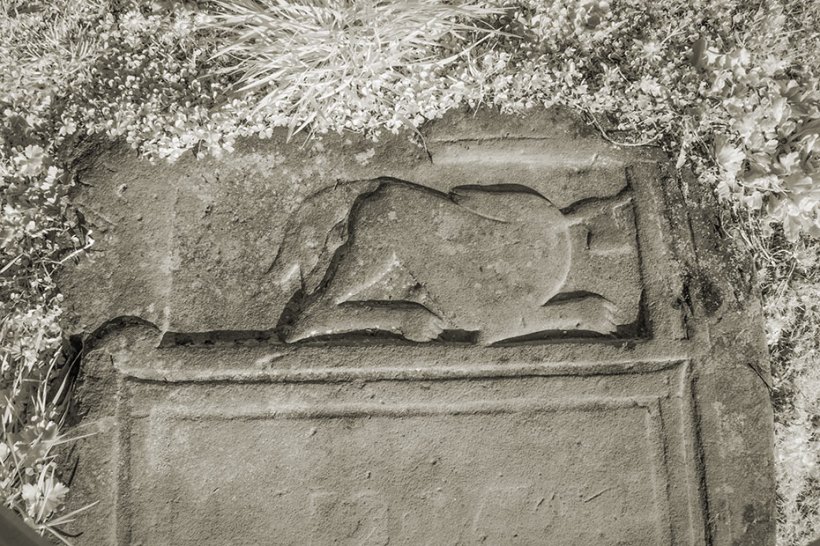 Courtesy of Tony O’Neill at “Underexposed – an Irish Photoblog”

Her husband also has a grave there, with his image mounted majestically on horseback.

Courtesy of Tony O’Neill at “Underexposed – an Irish Photoblog”

So did this really happen?

Well, the “Irish crocodile” reportedly attacked a man further back in 1674, and was described as a “black and hairless otter/dog” that tried to drag him into the water.

There have been sightings of Dobhar-chú as recently as the 2000s too, mostly as a trundling, 3-metre (10-foot) long beast with a sheep-like head near Sraheens Lough in County Mayo, and Connemara in County Galway.  Funnily enough, about 6 million years ago, giant otters weren’t just a legend.

China’s Siamogale melilutra, for instance, was wolf-sized with a powerful bite, and although it was found thousands of kilometres away, it could have ranged far and wide or had relatives who did.

A couple of stories from Hebridean folklore also mention a “king of the otters”. Apparently wearing his fur ensures victory in battle, and “the smoke of him will fell a man sixty yards away”. Well if he enjoys a big royal cigar who’s going to stop him. You?

Of course, one of the most famous prehistoric water legends is Nessie, and some sources suggest Dobhar-chú is just the teenage version.

It’s going to need a bigger lake, then. 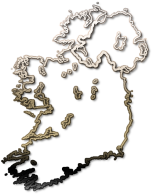 What? A monstrous otter-dog hybrid from Irish and possibly Hebridean (Scottish) folklore.

Where? Ireland, the most famous story being based at Glenade Lake in Country Leitrim, with modern reports near Sraheens Lough and Achill Island in County Mayo, and Connemara in County Galway. It’s also mentioned in tales from Scotland’s Outer Hebrides.

Probable motto: Don’t wash your clothes in my lake, and I won’t wash my teeth in your blood.

Just to prove I’m not fibbing (about the legend, anyway!)