The Zanj sun squirrel sounds like something out of a fairy tale. And it might as well be, for all the information I found. Like the ultimate shrew, the IUCN lists it as “Data Deficient”, so I’m amazed I was able to find a photograph of it.

It’s all in the details. Or not.

It’s quite big for a squirrel, with a floofy cream and brown ringed tail longer than its body, so it’s not exactly inconspicuous. It nibbles seeds, nuts, fruit and insects when the mood (or season) takes it, and it’s glimpsed in coastal forests in Kenya, Tanzania and the Zanzibar and Mafia Islands. It’s even been found under 2,000m (6,561ft) on Kilimanjaro, and the higher altitude crowd have darker and richer coats. There’s a north-south divide too, with paler or duller fur respectively. These, and that “Zanj” is an old Arabic name for parts of eastern Africa, are all the specifics you’re getting on this critter.

But as with anything that’s gone missing, it’s worth probing the family for information.

There are six species of African sun squirrel, and since the word “squirrel” comes from the Greek skiouros, meaning “shade tail”, sticking “sun” in front of it sounds a bit daft, even with their basking behaviour. But it’s not all smiles and sunshine.

For one thing, they can carry a nasty disease called monkeypox, causing fever, swollen lymph nodes and even death if you’re really unlucky. Their penchant for fruit and nuts lands them in additional trouble with farmers, especially around cacao, and in some areas they’re considered a pest. Then again, one holidaymaker in Tanzania probably hoped not, in one of the weirdest claims received by his insurance company.

An African squirrel had snuck into his hotel room cupboard and chewed through his jacket, t-shirts and shoes. Apparently his cover didn’t include vermin, but squirrels were a grey area, so they paid out. Hoorah! And a verdict of “not guilty”, for our sun squirrel as they didn’t specify what kind. This critter isn’t all bad news, either.

A rush of love to the head

Most other species have frenzied and often violent mating chases, where hopeful suitors pursue a female who mates with the first one to catch up. Unfortunately, there’s some poor sportsmanship in the squirrel world, with some vicious coitus interruptus when the runners up, er, run up. While we don’t know much about their love habits, sun squirrels have instead been seen in breeding pairs. After all, why waste valuable basking time?

Or a deliciously snuggly tail?

We might not get the chance to verify that, of course.

Increasingly less fun in the sun

Shockingly, the habitat of sun squirrels has been declining at a terrifying rate – and for Zanj in particular, more than 95% in recent years. This is mainly due to charcoal and wood gathering – key parts of the local economy – as well as clearing for farmland or gas and oil exploration.

Will the sun set on the sun squirrel? If we don’t find other ways to keep things going, then yes, probably. That’s the problem with being Data Deficient: does it mean on the verge of extinction, or that it’s learned to hide or even outwit people?

I’m guessing not the latter, because that squirrel clearly went for the wrong cupboard but decided to chew everything anyway. 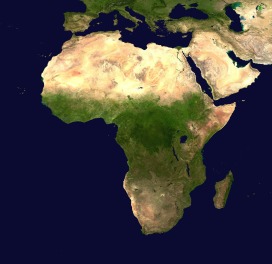 What? African squirrel with a ringed tail longer than its body

Where? Coastal forests in Kenya and Tanzania, as well as Zanzibar and Mafia Islands

Endangered? Currently listed as Data Deficient, which is never a good sign. Its habitat has shrunk by more than 95%, however, due to a fun combination of agriculture, logging, uncontrolled forest fires and oil and gas exploration.

Probable motto: Why do you humans give cool names to stuff you almost never see?

Tanzania and Kenya’s coastal forests are under threat thanks to their enticingly fertile ground, and the fact that wood and charcoal are a massive chunk of the local economy. While there aren’t any specific campaigns for the Zanj sun squirrel, the International Tree Foundation runs a host of projects in various sub-Saharan African countries, together with local communities, to protect the forests and their biodiversity.

Burgess, Neil. 2018. “The fate of unique species in Tanzania’s coastal forest hangs in the balance“. The Conversation.

2 thoughts on “The Zanj Sun Squirrel, or “The Curse of the Awesomely-named African Mammal””