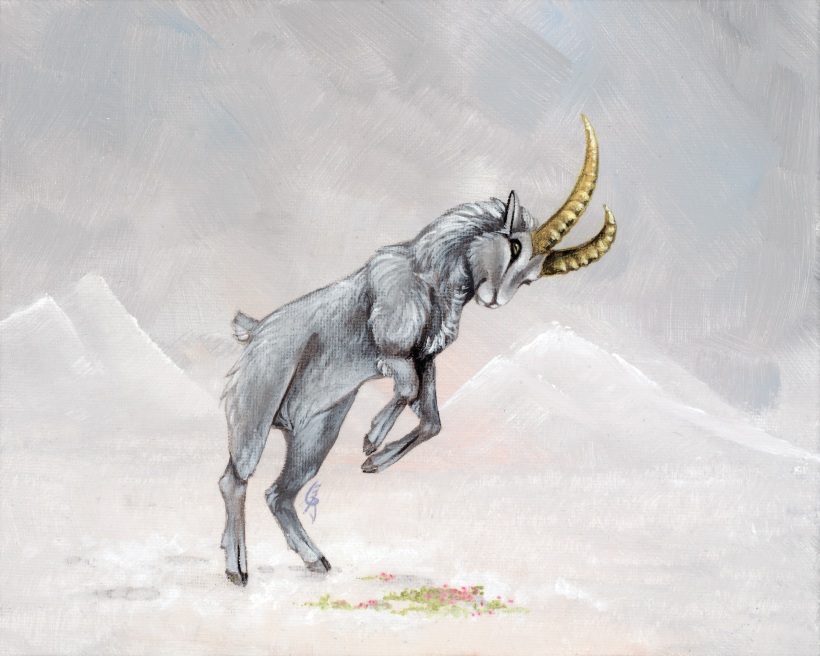 This deer with bling shows you the dangers of getting it.

He’s either a white chamois or ibex, but in either case, Slovenian legend Zlatorog has golden horns and is a walking advert for eating your greens, leaving nature in peace, and the perils of trying to impress someone not into you.

If you’re in or visit eastern Europe you might glimpse him on a beer bottle, but his legend was first published in 1868 by Karel Dežman. While he claimed local Idrija shepherds told him the story, it could be of 1500 year-old Indo-European origin and follow the sequence of stars in the sky at the time: Capricorn, Sagittarius, and Scorpio. Apt, as there’s a sting in the tail.

Also known as Goldhorn or Goldenhorn, Zlatorog roamed the slopes of Mt. Trigalv, the highest mountain the Julian Alps and home of the gods, the holy White Ladies and a paradise on Earth. 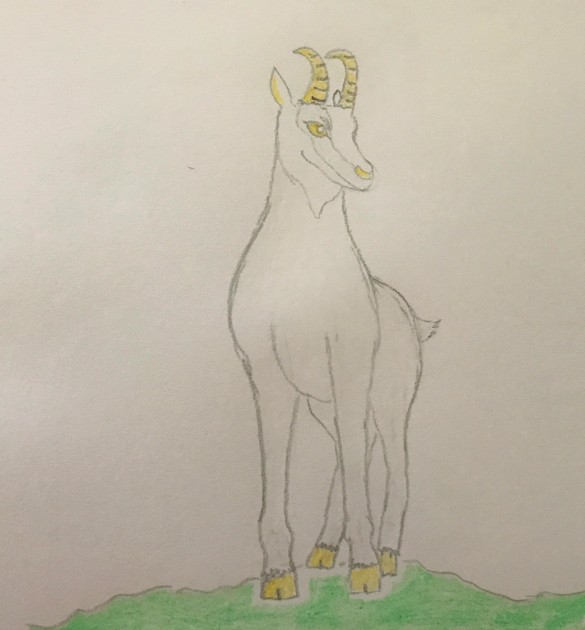 If you want yet another majestic and sure-footed picture(!), check out his bronze statue at Lake Bohinj.

To keep his horns nice and gleaming, Zlatorog would dip them in a golden stream in Mt. Bogatin, literally “Rich Man’s Mountain”. Its treasures were guarded by a Many-Headed Snake, but a friendly horn nudge made them buddies and granted him access. Unfortunately, this gave people the idea that, with one of said horns, you could steal all the treasure you wanted, and one merchant even managed this with a scrap of one. Things were less than golden when the best hunter in the Trenta Valley tried it, though.

His girlfriend, the most beautiful woman in the valley, had been wooed away from his trophies by the gold of passing merchants taking a crack at her, and after whinging he never even brought her a magical “rose of Trigalv”, she spurned him. The hunter pledged to bring back even greater treasure from Mt. Bogatin, and, accompanied by the sinister Green Hunter, set off to kill Zlatorog. Fortunately, our shiny deer is more than bulletproof.

Instead of blood, Zlatorog’s wound sprouted said rose of Trigalv, and when the deer ate it, he became even more powerful. His horns flashed so brightly they dazzled the hunter and he fell to his death, his ears ringing with a sarcastic goodbye from the Green Hunter. As an extra slap in the face to his guilt-ridden girlfriend, his body, brought down by snow melt, was clutching a bunch of Trigalv roses. Not only that, but when the shepherds climbed the mountains in late summer, the land was barren. So angered by the attempt on his life, Zlatorog had laid waste to the area and left with the holy White Ladies.

Other variations see Zlatorog leading a whole group of hunters over the cliff to their deaths, creating the Trigalv or Seven Lakes Valley with boulders, or lightning symbolising the angry flash of his horns. Regardless, Dežman’s version has inspired plays, stories and even ballets, and with almost all the lesson is clear: don’t mess with nature, or everything could drop off a cliff. Including you. 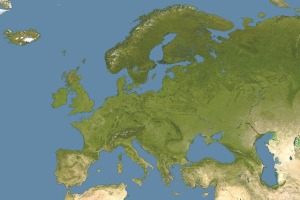 What? Legendary deer (chamois or ibex) with golden horns

Where? The slopes of Mount Trigalv, northeastern Slovenia

Just to prove I’m not fibbing (about the legend anyway!)

“Alpine chamois“. No date. World Association of Zoos and Aquariums.

Bartolj, Jaka. 2014. “A legendary creature of the Slovenian Alps lives on“. RTVSLO – News in English.