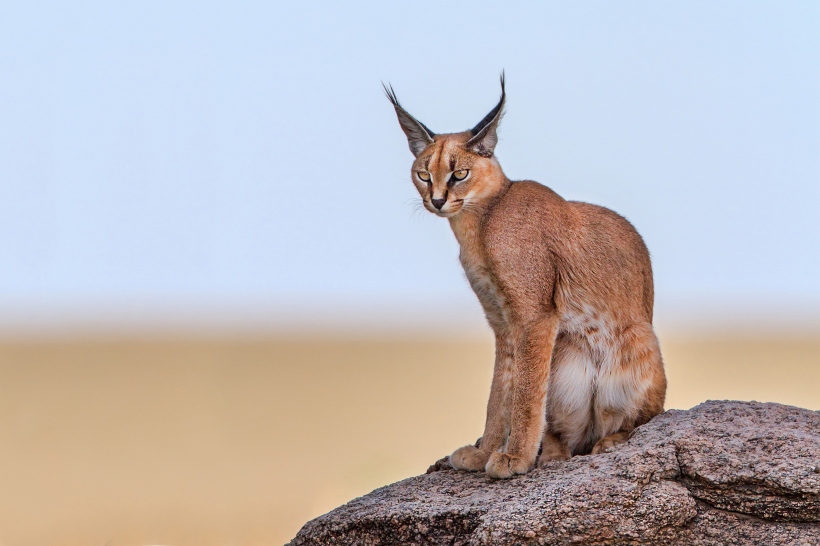 One look at a caracal reminds me why the ancient Egyptians worshipped cats.

With its tall serifed ears, dusky fur, deep amber eyes and frosty face, it’s a beautiful feline. It also hung around with the gods, went hunting with the royals, guarded the tombs of the high-born, and inspired an English saying. So why does it catch a bullet, and have the shrug-worthy name of “black-ears”?

From the Turkish “karakulak“, the caracal has lynx-like ears with 20 muscles and tufts up to 5 cm (2 inches) long, giving it excellent hearing. This, coupled with being able to leap up to 3 metres (9.8 feet) high, make it an expert hunter and one that didn’t go unnoticed in ancient times.

Often in the entourage of Egyptian god Mafdet, who protected against snakes and scorpions, and lioness war goddess Pakhet, the highly regarded caracal was made into many a gilded statue, and somewhat less fortunately, many a mummy. Less traumatically, it was also immortalised in a 4,000 year-old hunting scene on the wall of the tomb of vizier Khnumhotep III. The Egyptians weren’t the only ones who recognised the caracal’s awesome skills either.

In India during the 16th-18th century, it was all about the Mughals, and they trained caracals to bring down game birds and other small animals. This could be where the phrase “cat among the pigeons” comes from, but nowadays its hunting prowess lands it in trouble almost everywhere that isn’t the Middle East or north Africa.

It seems unimpressed at this news.

Now branded as a pest in Namibia and South Africa, it’s sometimes shot on sight to protect or “avenge” livestock. Although it’s too small to tackle an adult hoofed animal, it still poses a risk to young and, obviously from the above, birds. It’s been found with cultivated grapes in its stomach too, maybe as an additional “screw you” to the farmers, but more likely a desert survival tactic. But despite its other common name of “desert lynx”, it’s not very close to either.

It may be kitted out for the desert, with a coat for camouflage, keen ears and stiff fur on its paws to stave off heat, but it usually lingers on the shadier fringes, preferring scrubland, savannah or even evergreen forests. And, while it has lynxy-looks and a solitary lifestyle, it may have a class all its own.

Of course, being unique and beautiful gets you captured by the international pet trade as well, such as in the United Arab Emirates. It’s not clear what effect this has on the local population, but it’s on the list of concerns like land cultivation in India, where the caracal is almost extinct. Fortunately, like the jaguarundi, it’s dodged an extra bullet because no one wants to wear its fur, and it’s protected across most of its range. So, even without the old gods, there’s still someone looking out for it, at least for now. 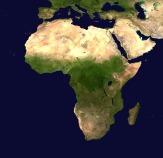 Where? Africa, the Middle East, central Asia and India

Endangered? Least concern, but considered threatened/endangered in north Africa and Turkey respectively, and close to extinction in India.

Probable motto: You catch me so I hunt for you, or shoot me if I don’t. You humans are as fickle as the gods!

There’s concern about their villain status among farmers in Namibia and South Africa, so these two organisations have a drive to help education and conservation:

Save the Indian caracal

“The incomparable caracal“. No date. ConservationCatalyst.com.

“Mughals and the Royal City of Lahore“. No date. Victoria and Albert Museum.

Serieys, Laurel Klein. 2015. “Urban Caracal Project: what we do“. UrbanCaracal.org.