All the important info in one shot. Arbitrarily ranked, with my drawings for the odd chuckle.

The males have the biggest horns of any antelope, but they’d rather show off their profile than fight a rival.

It makes its den west-facing to avoid the worst of Tibetan mountain weather, and lets brown bears do most of its hunting.

There’s enough venom in its bite to kill 100 people, but the inland taipan stays out of the way, doesn’t bite its love-rivals, and doesn’t pop out too many sprogs if rat-pickings are slim.

We know so little about it, we don’t even know what it eats. So I’m going by bug-eyed appearance here.

Its ankle and shin are fused together, unlike any other big carnivore, and it was found in peculiar green sandstone.

It’s a cat that looks like an otter, with 14 distinct vocalisations, 3 different colours, and about 3 different Latin names while we figure out what it is.

Depending on the species, it spends years locked in wood maturing and just weeks mating itself into oblivion. The harlequin also lets tiny pseudoscorpions hitch a ride on it. 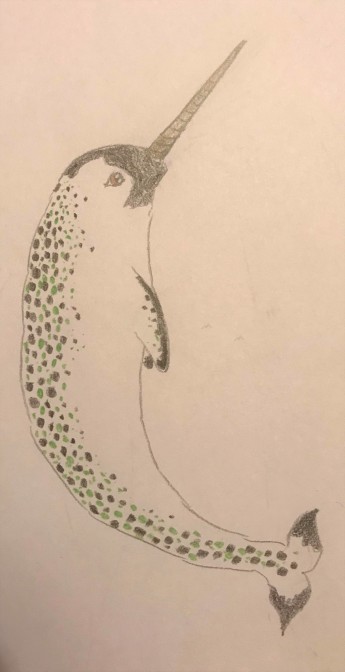 Insects are weird by default, so I was genuinely surprised by this mammal. Narwhals are apparently packed with vitamin C, and some females have a horn when some males don’t. Said horn also has millions of nerve endings, and in rare cases can be “double”. We still don’t really know what it does, either!

They fight each other by “kissing”, and eat their own babies.

This man-eating, shape-shifting water horse also snacks on innocent children by disguising itself as a pony.

This flying Native American legend has several interpretations, but one involves a man-eater, a rapist, and an evil night spirit who drove someone to suicide!

The venomous ones could kill you in an hour. How do you tell them apart? Look at their genitals. And if you’re a chap and get bitten, you could be “standing painfully” even hours after the anti-venom.

Again, I already expected the wandering spider to be horrifying, so this little flitter took the biscuit. It looks like a cute songbird, but it mimics and feasts on the flesh of others (!) by skewering them and other unfortunate prey on thorns to snack on later.

We so didn’t care about telling zebras apart that we’d wiped it out before realising. And while there is a resurrection project, this is in appearance only – the original quagga is gone forever.

This little turtle was only discovered in a meat market, and apart from conservation centres, that’s probably the only place you’ll find it now! Even if we bred thousands, we couldn’t release them for at least 10 years because trade demand for them is so high.

How could it have been anything else. This cute porpoise has seen its population plummet 90% in 5 years thanks to gill nets, and there are now fewer than 30 left. Attempts at protecting them in captivity have been called off after one died from stress, so unless we get rid of all the gill nets, and find another way to catch the fish people are after (totoaba), it’s probably curtains for this little cetacean.

Just as well I’m saving the happiest (and biggest) category for last:

This little parrot lays its eggs in “air plants”, and has a regional accent, with the Asian version more nasal and the Australasian version sounding more “clipped”.

As well as being found in the same bone bed as a primitive human, this long-necked, possibly armoured dinosaur helped kickstart a whole cultural centre, and is still its centre-piece today.

Okay, I only picked it for the name, but it also has a light-speed metabolism that needs feeding every few hours, and some of its relatives were found mummified in Egypt.

The national bird of Panama, this massive forest eagle could crush a human skull with its talons.

The males of this species of non-croc can blow bubbles through the bump on their snout, and are the traditional ride of Hindu Goddess Ma Ganga.

It was found in Antarctica, its nickname is Elvisaurus, and we’ve been able to create a 3D model of its brain.

This tiny marsupial eats horrible lethal funnel-web spiders, and has taken over the Easter Bunny’s job in some parts of Australia.

The longest bony fish in the world at 17 metres/65 feet, it looks like a Chinese dragon and its swimming could help robot propulsion.

This three-legged crow is envoy of the sun goddess in Japanese Shinto mythology, and appears on the tallest sacred gate (torii) in Japan as well as having his own fire festival.

Aside being able to jump 1.8 m/6.5 ft high or dive as deep as 1,980m/6,500 ft, these rays do the conga during breeding season, and up to 30 of them have been spotted in the same line. Matching the lead female’s every move is also vital for any later loving.

In short, mass comedy dancing in the animal kingdom always wins the day.