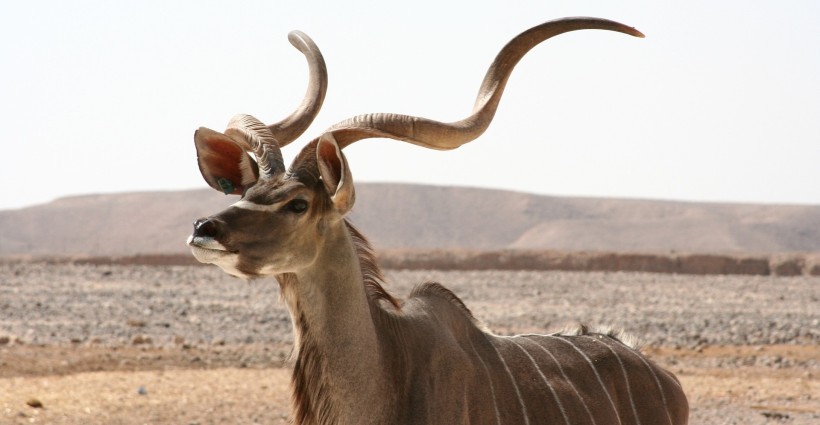 His eyes are black as night wilderness. They’ve seen the teeth, claws and hunger of a thousand hyenas and lived. His huge horns spiral savagely against the blazing savannah skies, and the hump on his back is steep and dark as a sand dune. His rival stands facing him, no stranger to death either, an old claw mark across his throat and a horn wound on his neck, healed the same colour as the dark corkscrews curling from his own skull. Two prime males, each vying for the right to mount the females gathered in awe, for the right to spread their children across the savannah ever more.

Then one of them stands sideways, and the other one shrugs and walks off.

That, ladies and gentlemen, is how the graceful male kudu wins a fight. What, you were expecting some kind of climactic battle? Nope, for these guys and their curly horns, locking them can be a literal death sentence, and possibly the most embarrassing way for an antelope to die.

Thinking about it, simply having them is a death sentence, especially if you’re a lesser kudu with up to 3 corkscrew curves. But that’s the price you apparently pay for having horns as high as a human, the longest of any antelope. From trophies to instruments, they’re wanted far and wide, and even if you appreciate a full belly over aesthetics, you’d chase the males because they’re weighed down by all the keratin. 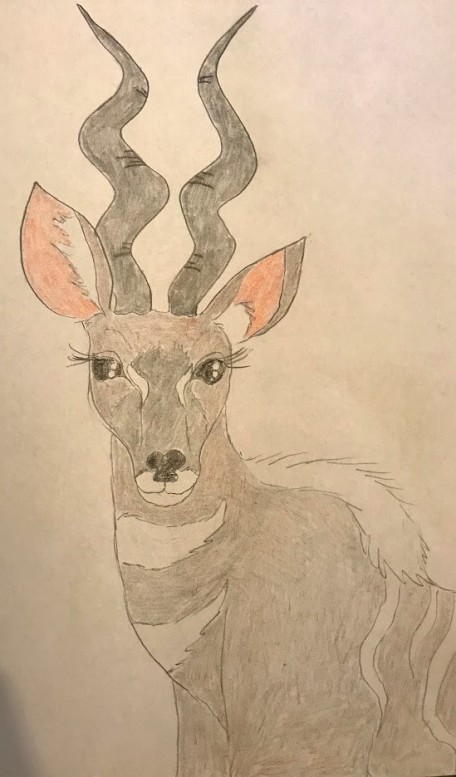 The lesser kudu, so-called because of the lesser ear hair in the right one. Probably.

The females have a better deal because the sisterhood is quite strong, and also hornless. In fact the default herd is (usually related) cows and their calves, which are dumped alone in the long grass for 6 weeks until they need feeding or exercise. The males are also quite cuddly during the rut, despite the larger love market. Having said this, it didn’t stop one of them from falling for a giraffe.

“Charles” apparently likes his ladies tall and continually pursued “Camilla”, a female giraffe. His attempts to heighten their passion (fnar) were somewhat thwarted, but he barely flinched when she kicked him in the face and walked off after he bucked her in the head during some interspecies romance footage. Just to prove that wasn’t a euphemism, you can see it here.

That might be as aggressive as a kudu gets, because its main defence is standing still and melting into thickets. Failing that, it can jump up to 2m high and run almost as fast as a cheetah in short bursts. Even its dung has flown as far as 15.56m – from the mouth of a contestant of kudu dung-spitting amongst the South African Afrikaners, anyway. Fortunately both were surrounded by alcohol at the time.

The kudu itself doesn’t need to drink as much (booze or otherwise) as long as it eats its greens, so if you ever encountered one it would be sober. And even if it all went sideways, you know you could walk away in peace. If only it always worked the other way round. 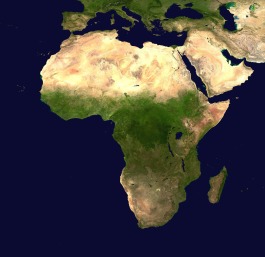 What? An African antelope with huge spiralling horns

Where? The lesser kudu totters about in Ethiopia, Somalia, Uganda, Kenya and Tanzania, while the greater kudu also struts its stuff along the east coast, and from Zambia down to South Africa. It’s found in parts of Chad and the Central African Republic too.

Endangered? The greater kudu is “least concern”, but the lesser kudu is “near threatened” due to over-hunting and bouts of cattle-borne diseases like rinderpest, or “cattle plague”.

Probable motto: I feel too hot and fabulous to fight.

They sound awesome. Do they need my help at all?

Aside from hunting, kudus are potentially threatened by land clearance for farming, and this can break up their habitat or affect migration.

The African Wildlife Foundation is running several wildlife and conservation tourism projects here. As with the gharial, it can benefit other local species too.

“Charles the kudu and his tall lady love“. 2015. Animal Planet/YouTube.

One thought on “Kudu”