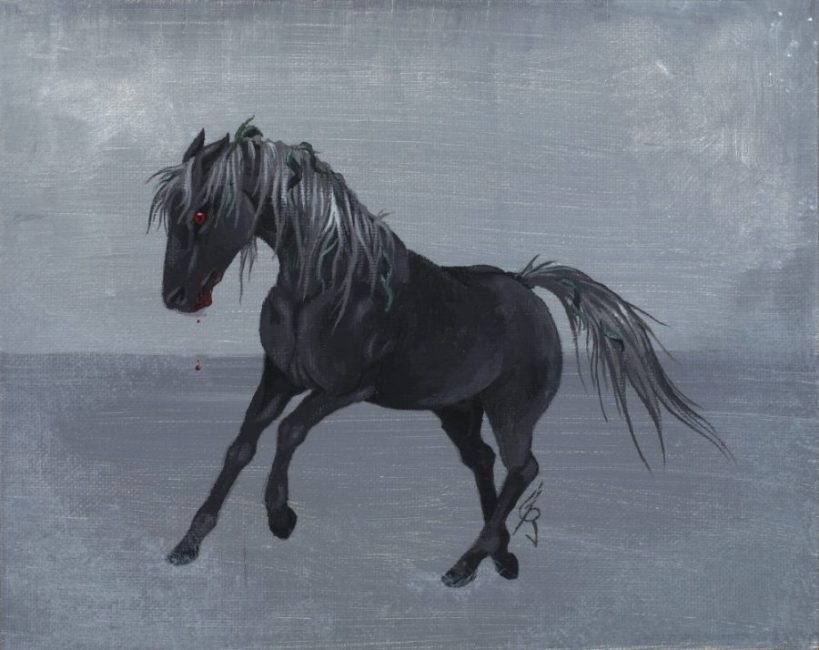 This was going to be about the legendary esquilax until I realised it was purely a Simpsons creation (“the head and body of a rabbit” should have been a clue). So instead, enjoy a massive shift in tone with Scotland’s brutally murderous water horse, the each uisge.

Variations of this equine monstrosity are found in Irish and Welsh folklore too, but its MO is the same: appear as a staggeringly handsome young man to woo the ladies, or a dapper young horse to lure the chaps (this is old-timey folklore, lest we forget), before dragging said victims into the nearest loch to drown, tear apart and devour. 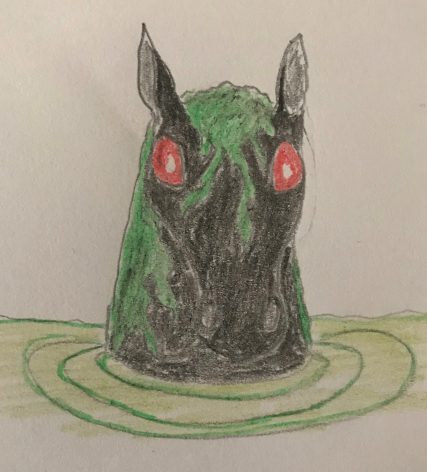 Even the “water” looks terrifying.

The only thing left behind? Their liver, which floats up to the surface. I could add an alcohol-related joke here but it would be even older than the legend (and even less accurate).

The each uisge can also appear as a giant bird, but it seems to have more success as a watery hunk with seaweed in his hair – the only tell-tale sign – or the aforementioned steed. If you rode his horse form on land, away from any water, you would probably be okay, but one whiff of H2O and his horsey coat would turn to glue before he dragged you off to your doom. And sorry girls, but you wouldn’t even get to ride his human form – he only loves you for your meat.

Fortunately, in one story he was successfully loch-blocked. While seducing a lady by the water, sneaky old uisge was interrupted with a spot of murder by the victim’s brother. There wasn’t a happy ending of either kind for a blacksmith’s daughter who succumbed to usige‘s charms, but her father and brother took revenge by stabbing the monster to death with hot iron hooks. By the end, all that was left of him was a murky puddle on the shore.

Perhaps the saddest story, guaranteed to terrify small children away from bodies of water and strange horses, is one based at Aberfeldy in Tayside. This time, uisge has moved on to much younger prey, and appears as an adorable pony to a group of little girls. He’s nice enough to lengthen his back to fit them all on, and once he starts running back and forth among the rocks, he doesn’t let them off again. Their livers are found floating the next morning. I don’t know about you, but for a horse-obsessed six year-old like I was, that would have been a price worth paying.

What? Demonic man-eating horse that lives in the water

Where? Scotland, by sea lochs and other bodies of salt water

How big? The size of a normal horse or man, depending on its disguise

Endangered? I’m sure we would be if it really existed

Just to prove I’m not fibbing (about the folklore, obviously)

Roric, Valda. No date. “Riding the seas: the kelpies and other fascinating water horses in myth and legend.” Ancient Origins.