The devil fish, or devil ray, has almost as many names as Beelzebub. The “horns” on its head which give it said name are just feeding fins, so they’re cursed only by the small fish and crustaceans they funnel into its mouth plates.

Having an unholy name and looking like Batman’s missing swim gear don’t tend to do you any favours in the world of humans, even less so if your favourite haunt is shallow waters full of delicious fish. There are nine species of devil fish and almost all of them are vulnerable or endangered, thanks in part to fishing practices and the time it takes them to bake a bun in the oven. Devil fish take just over two years to grow a sprog, and only pop out one at a time. What’s more, there’s pretty much a fishing free-for-all right in the middle of their love nest.

The biggest species of devil fish, Mobula mobular, is mainly found in the Mediterranean, and after an unpleasant fishing spree that also involved ray semen, it was discovered that this was their main spawning ground. In 2016 they were added to Appendix II of CITES, the Convention on International Trade in Endangered Species of Wild Fauna and Flora, meaning that if you catch one, you have to show that it has come from “a legal and sustainable fishing operation.” This is all well and good, but it means they’re still up for grabs for meat, still get caught when other fish are on the menu, and their gill plates apparently go down a storm in Chinese medicine.

Despite all the doom and gloom, these little flannels know how to party. Wait, did I say little? Scratch that – the biggest known specimen was 5.2m/17ft wide, so this next part probably sounds more terrifying than adorable.

The lesser devil fish, found across the pond, has been seen leaping as high as 1.9m/6.5ft out of the water before hilariously belly-flopping en masse. No one’s entirely sure why they do this, but it could be to stir up more food, impress potential mates, or just for fun.

Not to be outdone, the Chilean devil fish can dive as deep as 1,980m/6,500ft, which is considerably more daring given what’s lurking under the Pacific.

That’s not all they have in their repertoire. When hit by the love bug, males will form a conga line of up to 30 behind a single female, and if they want to impress her, they have to match her every dance move.

Despite this ostentatiousness, devil fish are actually very shy, which could explain why their close relatives, manta rays, get all the attention and glory. Then again, wouldn’t you avoid humans if they gave you a host of evil names as long as a phone directory? 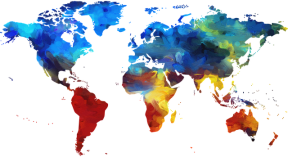 They sound sweet. Do they need my help at all?

Aside from bycatching, climate change is also affecting their behaviour and where they spawn. Also, no one’s really heard of them!

You can throw them a lifeline by donating to the Manta Trust, which looks out for both mantas and devil fish.

You can also donate to Wild Aid and help them raise awareness about and reduce demand for gill plates in Asia.